Augsburg vs Borussia Dortmund Predictions: Dortmund to Be Tested on the Road 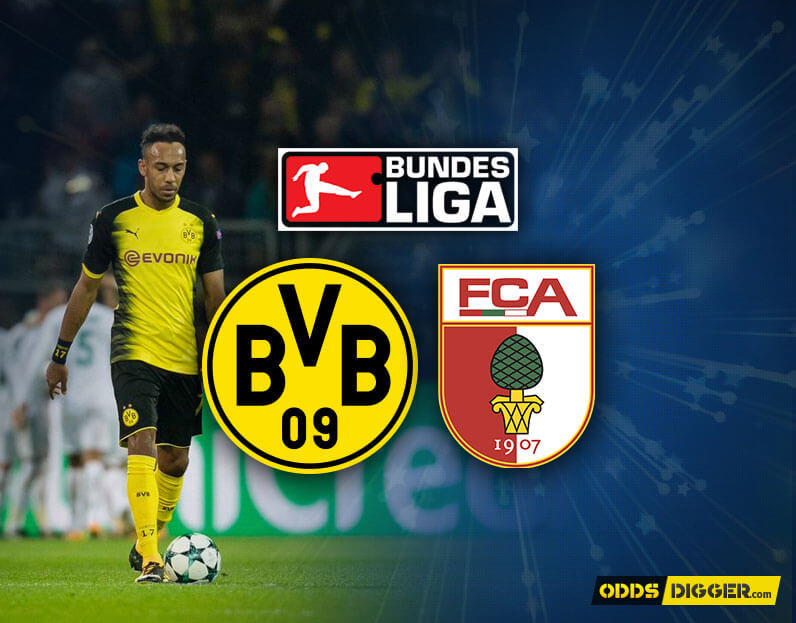 Borussia Dortmund went exploring in the Champions League, ahead of our Augsburg vs Borussia Dortmund preview and soccer tips, with the physical and mental exertion involved in playing Real Madrid sure to have taken their toll.

Our partners: 777Spinslot casino site provides access to the most interesting offers in the business, from new player offers to bonuses, online slots no deposit and free bets.

Before travelling to face Augsburg, the visitors hosted Real Madrid at Signal Iduna Park on Tuesday evening, with Cristiano Ronaldo able to smash through in a 3-1 victory. It was a very open affair, with Dortmund’s weekend opposition sure to have taken some notes on that fact.

Our Augsburg vs Borussia Dortmund predictions suggest that there should be some goals in this one, with the hosts comfortable in front of goal at home, while Peter Bosz’s men are always a source of entertainment for our free Bundesliga soccer odds.

Tired legs from midweek, mixed with the fact that Augsburg have been competent on their own patch so far this season in the German top flight, should mean that Die Schwarzgelben don’t have things all their own way on Saturday.

Dortmund sit at the top of the Bundesliga heading into this fixture, having dropped just two points in the opening six games. The visitors are still unbeaten in the German top flight, with that fact unlikely to change despite suspected rotations, with Coral offering great value on Boss picking up three more points in an open game.

Fortunately for Die Schwarzgelben, they have an extra day to recover having played on Tuesday evening in Europe, on top of the fact that their Champions League contest was on home soil. They may struggle defensively, however, with Tottenham having recently found three goals against them.

Augsburg are unbeaten since the opening league weekend in Germany, and will be pleased with how they bounced back from a loss to Hamburg. They’ve scored in each of their last 11 consecutive league games at the WWK Arena, which makes our particular pick in this instance look incredibly likely to come in.

Our Augsburg vs Borussia Dortmund bets, however, also think that entertainment is in the offing. In their last five Bundesliga home games, the hosts have scored 11 goals, with Dortmund renowned for not having the most solid approach to defending.

The away team have failed to score in just one of their last 17 consecutive Bundesliga away games, with Dortmund incapable of shutting up shop and playing conservatively when they are on their travels from Signal Iduna Park. Augsburg should be able to take full advantage of that, but their opponents’ own goalscoring record suggests that three or more goals are great value with Sportingbet.

Dortmund have been in good shape in front of goal recently, minus a 0-0 stalemate on the road against Freiburg, meaning our Augsburg vs Borussia Dortmund picks are realistic and extremely likely to come in this weekend. There is plenty of value to be had in a high-scoring victory for Die Schwarzgelben.

To see odds on the next event visit Augsburg vs Borussia Dortmund odds page.