Stade Rennais FC vs Paris Saint-Germain FC Predictions: PSG to Get Back to Winning Ways 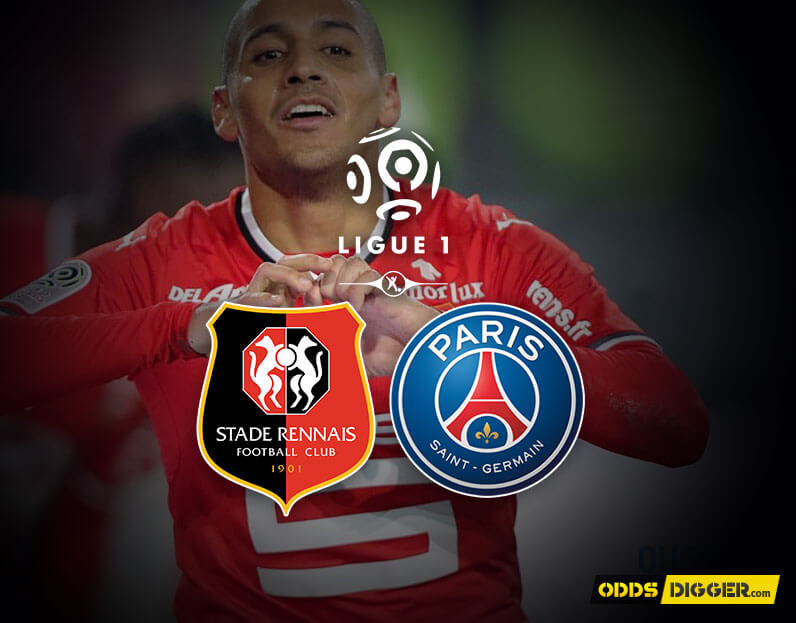 The fixture scrutinized in this week’s expert Stade Rennais FC vs Paris Saint-Germain FC preview is one of the most fascinating Ligue 1 battles in this most recent round of games. Having finished in 8th spot last season, Stade Rennais FC are looking to go one better this year, while their opponents are looking to lift their fifth title in six years.

Our partners: 777Spinslot presents its customers a mobile casinos no deposit bonus, bonuses for loyal customers, VIP-benefits and regular battles of spins with astonishing winnings.

In the run up to our free Stade Rennais FC vs Paris Saint-Germain FC betting tips, Les Rouges et Noirs have won eight of their nine matches. And while that is undeniably a terrific sequence of results, it’s worth pointing out that six of those victories were achieved by one goal margins. It’s also interesting to note that they have won just half of their eight league matches at Roazhon Park so far in 2017/18. Manager Sabri Lamouchi won’t be taking anything for granted, especially before the visit of France’s biggest club.

Paris Saint-Germain FC have hit their first little wobble of what had been up to now a blemish-free season. The Parisians suffered the first two defeats of their campaign in back-to-back losses against Strasbourg in Ligue 1 and Bayern Munich in the Champions League. PSG still hold a huge nine-point buffer at the top of the table, but Unai Emery will know that any slight movement off track will add to the pressure he is already under. All the points his team have dropped in the league this season have come away from home.

As always with matches featuring France’s most wealthy club, the outright odds for a standard victory aren’t the most enticing, though we have identified a far most lucrative looking selection to open today’s Stade Rennais FC vs Paris Saint-Germain FC bets. PSG make the trip to Rennes armed with a sensational recent record in this fixture.

The club from the capital have won 100% of their most recent six games against Les Rouges et Noirs, but more importantly, they have kept clean sheets in every single one of those clashes. They have netted fifteen times without reply against their less illustrious opponents in that period.

PSG currently hold the second best defensive record in Ligue 1, behind Montpellier who have been tremendously effective in defensive areas this season. Rennes have only stopped their opponents from scoring in 50% of their matches at Roazhon Park. Paris SG should return to winning ways on December 16th and given the information available, backing them to keep a clean sheet too is a smart choice. The best Ligue 1 football odds for our first expect pick can be found at Bet-at-home. Their superb prices make them the standout bookie on this occasion.

The second of today’s Stade Rennais FC vs Paris Saint-Germain FC predictions concerns the goal markets, where we have tipped there to be goals scored in either half at Roazhon Park on December 16th. PSG’s matches have averaged 3.75 goals in Ligue 1 this season, which is higher than any other team in the division.

In their recent duels against Strasbourg, Monaco, Nantes, Angers, and Nice, there were goals scored in either half. With the array of superstar attacking talent available to Unai Emery, defenders can never relax and the chances for goals are high at any point during the ninety minutes.

Rennes have only kept four clean sheets in seventeen fixtures in all competitions in 207/18, so it’s extremely unlikely that they will be able to keep Neymar, Cavani, and M’Bappe quiet for the entire contest on December 16th. We recommend using Winner’s services when backing the last part of today’s French football tips. Their odds and offers offer punters unmatched value and variety.