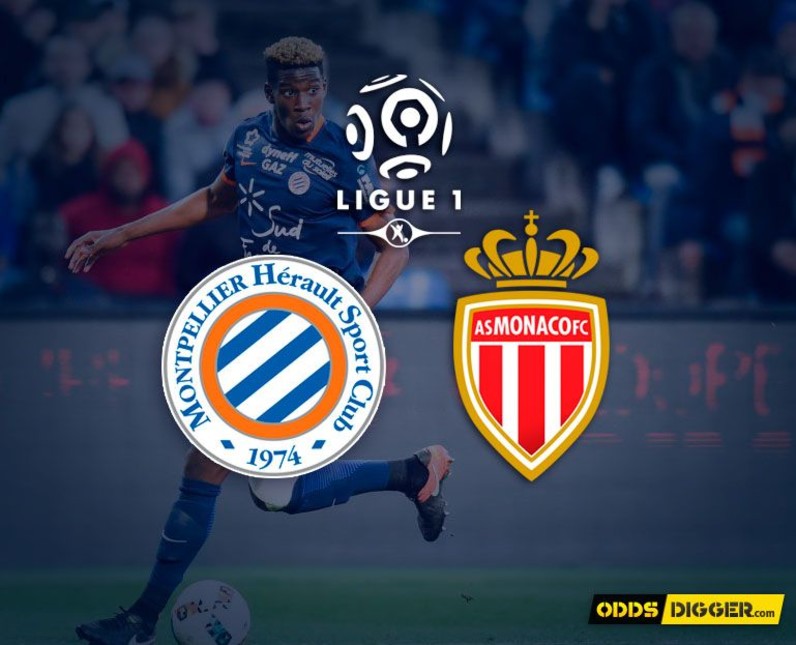 This week’s free Montpellier vs Monaco preview scrutinises a Ligue 1 clash between the teams currently placed in 7th and 2nd spot respectively. Interestingly, the teams have lost a similar number of league matches in 2017/18 (five & four), though they are still separated in the standings by a sizeable fifteen point margin.

Our partners: 777Spinslot presents its users a free welcome bonus no deposit, promotions for existing members, VIP-benefits and regular battles of spins with astonishing winnings.

Coming into today’s Montpellier vs Monaco betting tips, La Paillade have lost just once in their last ten matches, but while on the surface at least that looks like a fabulous run of form, it’s worth noting that they have drawn six of those contests. Their inability to turn draws into victories has been holding them back all season and Montpellier have ended level in their Ligue 1 fixtures eight times in nineteen games – that’s the second highest draw total in the division.

Monaco are locked in an intense battle with Lyon and Marseille to see who will finish runner-up to champions-elect PSG. The club from the Principality are currently on a six-match winning streak, though they had lost four out of five before that. Having lost many first teamers last summer, Leonardo Jardim has done an admirable job in rebuilding his squad. Radamel Falcao is still their key man, though youngsters Rony Lopes, Yoeri Tielemans and Keita Balde are all starting to emerge as important players for Les Monégasques.

Although Michel Der Zakarian has turned Montpellier into a very difficult to beat outfit, the number of wins they have posted this season is extremely low for a team placed as high as 7th. They have won six from nineteen Ligue 1 contests ahead of this week’s free Montpellier vs Monaco bets and this weekend they face a club they have never got the better of.

It might surprise you to learn that La Paillade have never beaten Monaco in competitive football. They have played each other thirty-two times since 1994 and MHSC have never managed to claim a victory against their more illustrious opponents. More recently, they have lost five of the last six encounters with Jardim’s men.

With no European distraction on the horizon, Les Monégasques have been able to put all their focus on domestic competition and the improvement in their performances in France over the last month has been noticeable. We are tipping the away team to leave the Stade de la Mosson with another win this weekend. The best priced Ligue 1 football odds this week to match our prediction can be located at Winner – no other bookies can match the value they offer.

Radamel Falcao’s rebirth in France continues unabated and the legendary Colombian striker remains Jadrim’s biggest goal threat. His goal getting exploits make him a standout threat and a tipping him to score anytime this weekend is a no-brainer inclusion in our Montpellier vs Monaco predictions.

In total, Falcao has netted fifteen goals in just 16 Ligue 1 appearances and three goals in five Champions League run outs. The former Manchester United and Chelsea frontman has bagged four goals in his last six games alone. His team have only failed to score once in their last nineteen fixtures and the fluidity of their attacking play usually results in plenty of chances being carved out for Falcao.

Betfred’s odds of evens for the star striker to score anytime at the Stade de la Mosson are extremely generous and you won’t find a better price for that selection anywhere. Falcao scored the opening goal in the early season meeting between these clubs back in September, so backing him to score again is a smart choice to finish up today’s French football betting tips with.

To see odds on the next event visit Montpellier vs Monaco odds page.