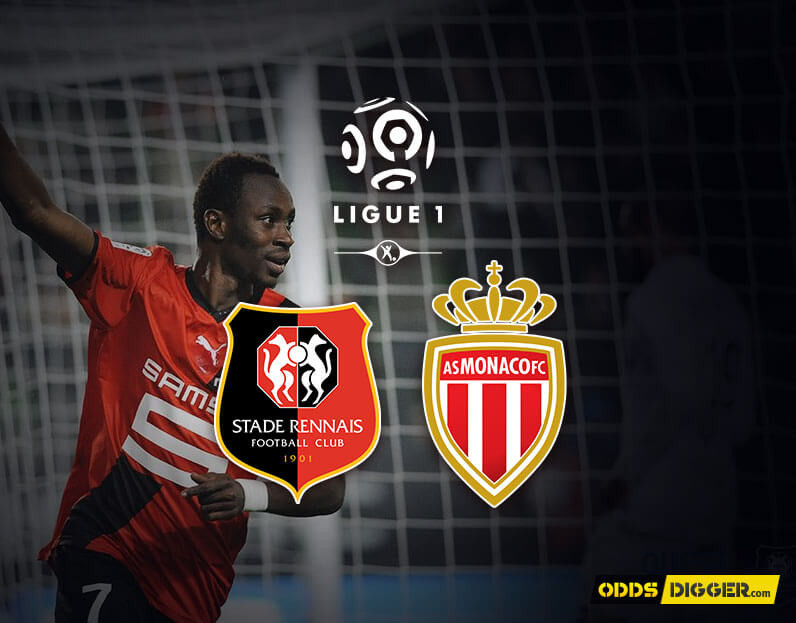 Reigning champions are still in the second place of the French Ligue 1. Before this Monaco vs Stade Rennais FC preview, they have 9 points fewer than PSG, and they are still hoping for a miracle to happen. However, that is unlikely to occur. Instead, the main goal of this assembly is to secure the spot which leads to the Champions League. Rennais had an excellent series before the last match with PSG where they got demolished at home, 1-4. Sabri Lamouchi's guys are developing slowly into one of the better clubs in the league. Many more data could be found in the following part of Monaco vs Stade Rennais FC betting tips.

We just can't find the words to explain what Monaco's strikers have missed lately. In all the matches at home, they are constantly attacking and creating chances, but when it comes to finishing, some strange force prevents them from netting. The writer of these Monaco vs Stade Rennais FC predictions has seen this for himself on several occasions. When it comes to the home matches, the only explanations for the game they provide is attack. Constant and aggressive attack. Majority of events at Stade Louis II saw two or more goals this season, and it is why we share the opinion that this is going to repeat. Betfair has the highest football odds on this pick.

In 9 contests at the south of France, Monaco won 7 times. Only two failures came against Montpellier, 1-1, and against PSG, 1-2. It seems that Monte Carlo is their stronghold where points are staying almost always. Red and Black do not have the consistency when playing on the road. Just check the present numbers, 3 wins, draws, and defeats apiece. And after a turbulent event on previous Saturday against PSG, when they suffered a huge beating and picked up several suspensions, chances to bounce back that quickly are minimal. You will not earn some sensational cash here, but the risk for this football forecast is pretty low. We advise you to bet at 10Bet bookie since it is the best deal on the market.

To see odds on the next event visit Monaco vs Stade Rennais FC odds page.