West Bromwich vs Southampton Predictions: Relegation at Stake at The Hawthorns 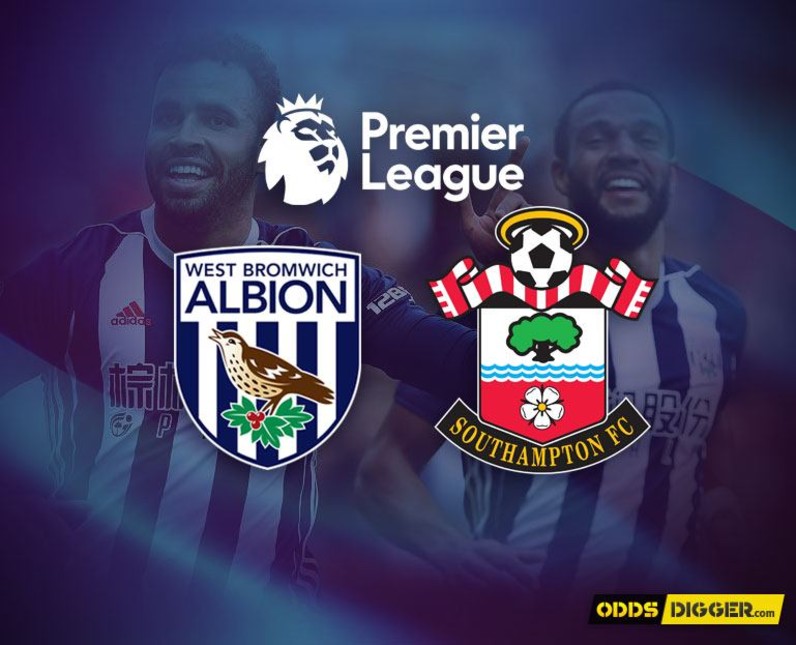 The game presented in West Bromwich vs Southampton preview could be the crucial one for both participants. Since they find themselves in the relegation zone of the English Premier League, and every point matters, there is no room for failure. Also, the event at the Hawthorns is worth double, because you won't just collect three points, but also deny a chance to your rival to get his hands on them. The Baggies and the Saints often have encounters with a low-efficiency, and that is going to be our recommendation for the upcoming West Bromwich vs Southampton bets.

Our partners: Trusted, credible, and player oriented – those are the three characteristics that come to mind when speaking about free no deposit casino uk 777Spinslot.

Numbers are ruthless in this case. All of them are saying that dull and unproductive match is in front of us. Saints played three games in the last five on the road, with less than three goals. On the other hand, the Baggies are even worse when it comes to that perimeter. Only one home event, went over 2.5 scores, against Man Utd, 1-2 in the mid-December. Something like the above-mentioned data is saying that defensive tactics are the primary choice of the respective coaches. And besides all these factors, we have head-to-head history, which tells us a lot. For example, most recent ten in a row, here in Birmingham, finished with under 2.5 goals. It is the ultimate proof that this football betting tip should be your choice for West Bromwich vs Southampton betting tips. At the moment, Betfair has a standout offer regarding Premier League odds. On 13 units staken, your profit will be eight.

Once again, we will rely on statistical data provided during our research for this West Bromwich vs Southampton preview. Direct clashes are in focus this time too. Before this one, in five classes, four ended without goals on both sides. But here, at the Hawthorns, five consecutive terminated like this. There is a matter of the significance of the event, which will no doubt decrease the overall productivity, and cause that Pardew and Pellegrino set up conservative approach. Managers will be trying to protect their goals first. And even if either of the clubs scores, he will be ultra-defensive afterwards. Odds here are a bit higher than we expected, especially after we saw h2h record lately. Visit 10Bet bookie and cash in this pick there. Benefits will be greater than anywhere else.

To see odds on the next event visit West Bromwich vs Southampton odds page.