Watford vs Southampton Predictions: Saints to Take a Vital Point at Watford 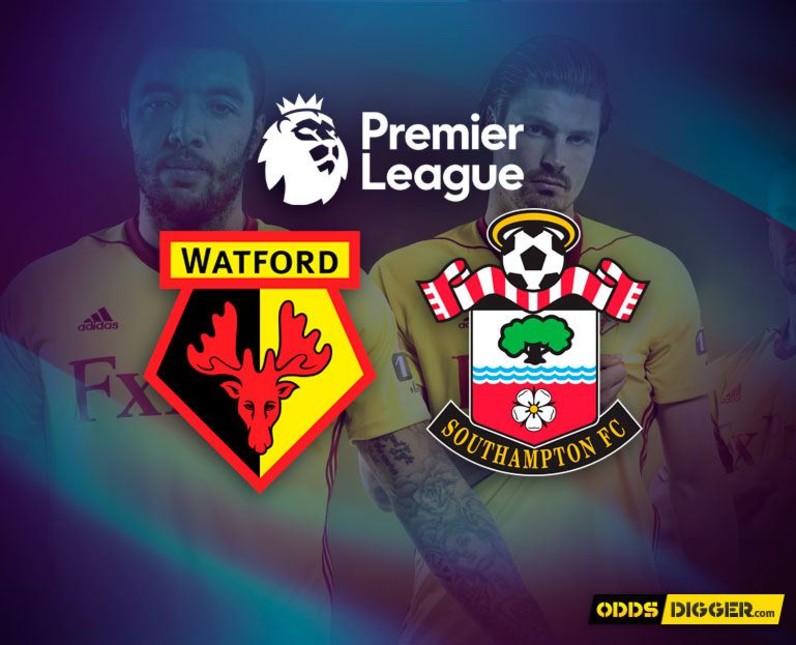 Two Premier League clubs caught in a slump go head to head in this week’s free Watford vs Southampton preview. Neither side has been able to make any headway in recent months and though the Hornets have generally performed better overall, there is only a five-point gap between the clubs at present in the standings.

Our partners: 777Spinslot presents its users a free welcome bonus no deposit casino, promotions for existing members, VIP-benefits and regular battles of spins with amazing winnings.

Marco Silva’s team had been one of the surprise packages of the 2017/18 campaign up until November, though results and performances have taken a substantial drop in quality since then. Prior to today’s Watford vs Southampton betting tips, the Hornets have lost an incredible eight times in their last ten contests. They have taken just four EPL points from a possible twenty-seven since the end of November, though progress has been made in the FA Cup after their 3-0 win over Bristol City last weekend.

Southampton’s current malaise was compounded by the loss of star defender Virgil Van Dijk to Liverpool in the transfer window, and though they received a whopping £75m fee for the Dutch centre half, they will struggle to replace his dominance at the back. Just like Watford, the Saints have endured a torrid time since November, failing to win any of their nine league fixtures since their 4-1 win over Everton on the 26th of that month.

The Hornets are missing eight first team players ahead of their clash on Saturday and those absentees naturally affected the selection process of today’s Watford vs Southampton bets. With a patched up side, Marco Silva will expect a somewhat disjointed performance from his team, which opens the door for the visiting Saints to steal a point.

Only WBA have drawn more Premiership games than the Saints in 2017/18 who like to pick up points in singles quite regularly. It’s interesting to note that even though Mauricio Pellegrino’s men sit a full seven places below this week’s opponents in the table, they have actually lost fewer games than the Hornets this season.

In addition, Pellegrino’s battlers have ended level in half of their most recent eight fixtures and it’s worth pointing out that Southampton have drawn 50% of their last four visits to Vicarage Road. With both clubs struggling to put a positive run together, a point apiece would represent an acceptable result for each manager. The latest Premier League football odds at Ladbrokes offer punters the most valuable way to back our opening selection.

The Hornets are generally one of the more exciting teams to watch in the EPL this season, though on this occasion they face the antithesis of excitement in the visiting Saints. Naturally, our Watford vs Southampton predictions must take into account the low levels of goalmouth action in the away side’s recent contests.

Six of their last nine matches have finished with under 2.5 goals registered. Pellegrino prides himself on his ability to develop cohesive defensive units and his backline have only conceded thirty-two times in twenty-two games, which is an admirable record for a club sitting once place clear of the relegation zone.

This fixture’s historical record provides further backing to our prediction. Three of the last four meetings between these perennial strugglers have ended with under 2.5 goals scored. With two clean sheets in their last two games, the club from the south coast will be confident of keeping the score down again. If you’re looking for the most lucrative odds to use with the last entry in today’s free English football tips, then look no further than Betway.

To see odds on the next event visit Watford vs Southampton odds page.