Watford vs Manchester United Predictions: Draw on the Cards 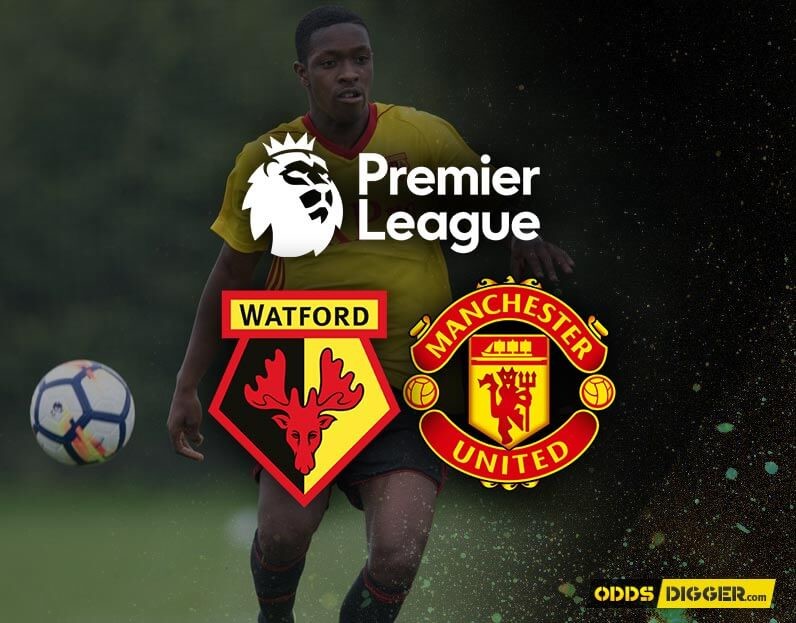 Marco Silva is winning lots of plaudits as the hosts’ boss, ahead of our Watford vs Manchester United preview and soccer odds, with the Portuguese coach being linked with plenty of jobs of late down to how he has turned things around at both Hull City and Watford.

Our partners: 777Spinslot awards its users a no deposit casino bonus uk, promotions for existing players, VIP-benefits and regular battles of spins with astonishing rewards.

Watford have been tough to beat at home this season in the Premier League, aside from a 6-0 thrashing at the hands of Manchester City back in September. But for that mauling, they’ve been organised and difficult to break down at Vicarage Road.

Our Watford vs Manchester United predictions back the Hornets to be a threat once again, with there certainly plenty of value in our Premier League predictions in terms of tipping Jose Mourinho’s men to slip up in their pursuit of Man City.

Manchester United have been very good at home throughout the season, but it has been on their travels where they have struggled. The returns of Paul Pogba and Zlatan Ibrahimovic have helped things, but they are still lacking form on their travels.

Watford have scored four goals in their last three home games in the Premier League, with Arsenal and West Ham both falling to defeats on their patch in the last month or so. Despite struggling to be defensively stable on their travels, they have been a lot more limiting in front of their own fans.

Betfair offer the best value on both teams hitting the back of the net on Tuesday evening, with the Hornets scoring in all but one of their last five Premier League outings. Only Stoke City have managed to keep a clean sheet against them, with Man United needing to put in a decent performance in order to keep Richarlison and company at bay.

The visitors have conceded in both of their last two away games in the Premier League, with Huddersfield Town definitely giving Watford some hope heading into this fixture. The Terriers showed in a 2-1 victory what can be achieved against the Red Devils if they apply themselves and approach the game in a measured manner.

Our Watford vs Manchester United bets back the away side to slip up at Vicarage Road, with Mourinho surely set to rotate given the congested league fixture list combined with European responsibilities. Watford have fewer competitions to focus on, which should make Silva’s choices a lot less complicated on Tuesday.

William Hill offer some fantastic value on a draw when you consider the fact that the visitors have won just one of their last five games on the road in the English top flight. Stoke City and Liverpool have held the Red Devils to draws, with Huddersfield and Chelsea recently taking all three points from them. Man United are certainly not infallible when they leave their fortress of Old Trafford.

Our Watford vs Manchester United betting tips suggest that Mourinho’s men will be in for a tough test against a very well-drilled Watford team. Given that they need to gain ground on Man City, they should be motivated, but their defensive weaknesses have been exposed on their league travels since October.

To see odds on the next event visit Watford vs Manchester United odds page.