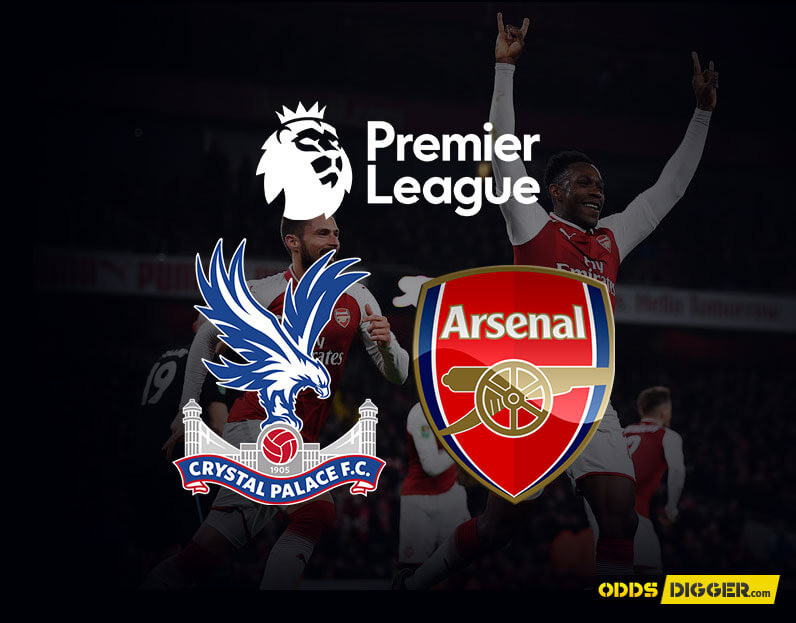 The closing game of the 20th week in the English Premier League is about to be described in OddsDigger's Crystal Palace vs Arsenal predictions. After the starting crisis, it appears that the Eagles finally found an ideal tempo and that Roy Hodgson established some consistency in their performances. The Gunners are still fighting for the Champions League spot and according to the current situation, one hard fight is ahead of them. Despite the fact that home team is much better than just two months earlier, Premier League's odds are marking visitors as favorites. You can find out if this is reasonable in the upcoming piece of Crystal Palace vs Arsenal betting tips.

Recent statistics are saying everything. If you check Palace's matches at home and Arsenal's on the road, there is a logical solution why we proposed this bet. Seven straight Eagles played here were finished with both teams to score. Meanwhile, during that period, 4 out of 6 guests' trips outside north London have seen productivity on both sides of the pitch. Plus, there is one more reason to listen to our football preview. The hosts are improving from game to game, and they will attack the Gunners. And be sure that this event is going to bring much excitement because victory is imperative for both participants. We found out that Crystal Palace vs Arsenal bets have the utmost value at Betfair. Check it for yourself.

This is one pretty cocky proposition, and we needed to put it in this Crystal Palace vs Arsenal preview. Why? Simple. Look at the Eagles' last six meetings at Selhurst. In all of them, they netted at least twice. Among others, one of the victims was Chelsea, for example, and that indicates that the home team possesses excellent attack. One of the biggest evidence was a fury against Leicester away from home, 0-3, when the entire team dominated upfront. There are no reasons why they can't have another productive performance. Wenger's defense is not special, and they have many flaws. Plus, the odds are fantastic, and they are worth risking some money, especially once they have a rational back up. This superb opportunity is offered at Winner, one of the best internet bookies.

To see odds on the next event visit Crystal Palace vs Arsenal odds page.