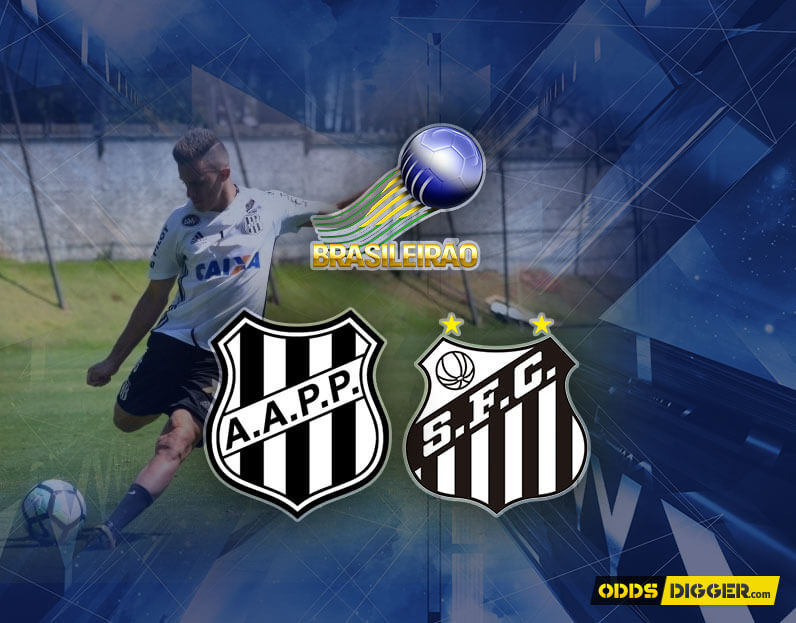 With just two wins in their last 11 Brasileiro Serie A league games, Ponte Preta are struggling in 15th place in the table. They have won just three of their last nine home games and went down 2-1 at Cruzeiro last week, their twelfth loss of the season. They host a Santos side who are currently second in the table, eight points behind runaway leaders Corinthians and just a point ahead of third-placed Gremio.

Our partners: 777Spinslot casino site offers access to the most beneficial specials in the industry, from new player offers to bonuses, free spins no deposit mobile casino and free bets.

Ponte Preta have won two of their last 11 league games but goals have not been an issue, as they have been held scoreless in just four of their last 14 outings, three of those coming in successive goalless draws with Vasco da Gama, Fluminense and Sport Recife back in August. In contrast, the scoring has been an issue for the visitors. Santos have netted just five times in the last eight league games.

However, as our Ponte Preta vs Santos preview and soccer predictions highlight, Santos are extremely hard to break down and have lost just once in their last 16 games, and twice in 22 outings. They were held to a 0-0 draw by Ponte Preta in the reverse fixture in Sao Paolo in June when seven yellow cards were awarded. Our Ponte Preta vs Santos predictions suggest that there is little between the sides, despite the gulf in the table, and that the home side may be worth backing to score first.

Santos love a draw and a low-scoring one at that. They have forced a stalemate in six of their last 13 league games, which may ultimately cost them the title. All of those draws were either 0-0 or 1-1 and they have netted more than once just three times in their last 14 outings. In fact, Santos have not managed to score more than once in their last nine road games.

Ponte Preta are not averse to a draw, either. They have been held in four of their last 10 league games and have scored more than once in just two of their last 11 league games. So, if the goal-scoring trends hold firm, this game may be an ideal antidote for insomniacs.

Our Ponte Preta vs Santos betting tips suggest that a draw may well be the most viable betting option in this Brasileiro Serie A contest, as neither side is chock-full of attacking weapons and bet365 is the place to go for value in this market.

Furthermore, the road team has managed to find the net before half-time on just two separate occasions in that span. The hosts to lead at half-time has been a real money-making trend, with 14 of the last 18 meetings seeing the home team in front at the interval. Given that Santos have not managed more than one goal away from home in their last nine tries and they have managed more than one goal in just seven league games all season, the soccer odds suggest that this will be a tight, low-scoring encounter. We put faith in the historical trends and the home side to score first potentially looks one of the better Ponte Preta vs Santos bets, with Coral offering a standout price for this to happen.