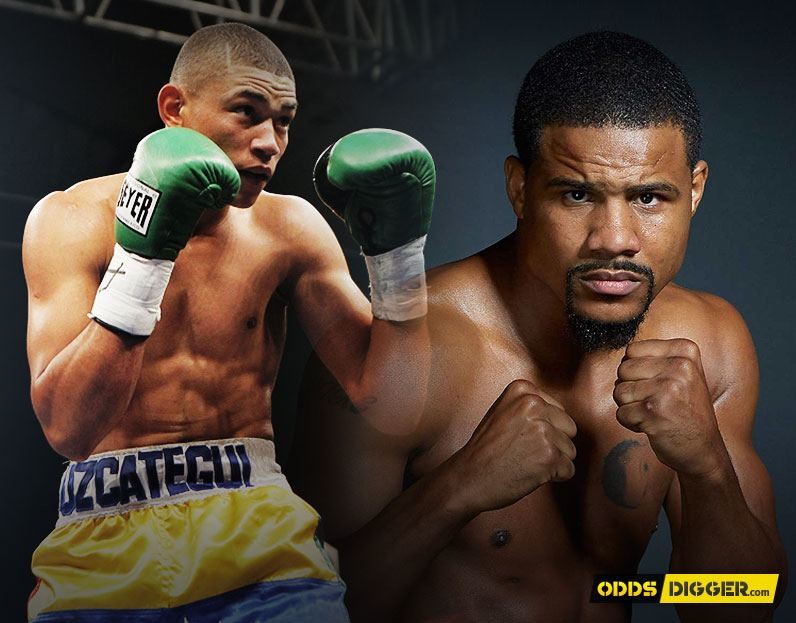 Andre Dirrell comes into the rematch against Jose Uzcategui. This IBF Super Middleweight Championship title fight will be taking place at the MGM National Harbor in Maryland. The fight is scheduled on March 4th. Let’s check our boxing tips!

Our partners: 777Spinslot casino presents access to the most attractive offers in the business, from new player offers to bonuses, free spins.no deposit and free bets.

Dirrell boasts of a 26-2 record coming into the fight. He has never lost by a knockout, where he has been able to KO his opponents on 16 occasions. Uzcategui comes in with a 26-2 record which includes a remarkable 22 knockouts. At the same time, the Venezuelan has never been beaten by knockout.

Dirrell is a fighter who manages to control the fights. Majority of his recent victories have been through decisions while he will have confidence after having beaten Uzcategui last year. The strength in the chin of Uzcategui is one of the highlights and it is not surprising that he has never been knocked out in his career. Uzcategui also comes in with a very strong punching power.

The susceptible punching power is one of the few weaknesses for Dirrell. Despite having been through 164 rounds, his KO record of 57% is mediocre. Uzcategui has suffered defeats in his last two title fights. The first defeat came against Matt Korobov in 2014 while the latest loss against Dirrell came in May 2017.

The biggest talking point in the fight would be the punching power possessed by Uzcategui. However, the Venezuelan has struggled win comes to the big fights and we expect a win for Dirrell. Let’s check our boxing betting odds for this specific fight.

Both fighters may be evenly matched coming into this boxing fight, but there is a great possibility of one of them losing by a close margin in this rematch. Based on the earlier fight between these two, our Andre Dirrell vs Jose Uzcategui betting tips would back a win for Dirrell. Jose Uzcategui definitely boasts a decent size advantage and will clearly give Andre Dirrell some issues. Thing is, he is extremely wild with his offense but can be sloppy at times. We’re talking to the point where he leaves his feet and actually loses his balance. That is not going to fly against a boxer as fundamentally balanced and sound as Dirrell. Dirrell’s movement will generate problems for Uzcategui and will lead to similar counters we saw in his loss to Korobov. Andre Dirrell is the more polished boxer and has faced way tougher competition to build himself up for this incredible fight.

Dirrell may have suffered two defeats in his career, but none have been through knockouts. The same also applies for Uzcategui, and it is likely that both fighters will be evenly spaced out in the game. Most of the recent wins for Dirrell have been through a decision (5 out of the last 7). Our Andre Dirrell vs Jose Uzcategui predictions go all the way on the fact that this fight will go the distance. Both fighters are evenly balanced, and even with Uzcategui’s sloppiness at times, he should be able to withstand Dirrell’s punches till the end – as he proved last time.

There are multiple ways of catching this fight live, but it is also possible to watch it through a live stream. In order to do so, one should:

To see odds on the next event visit Andre Dirrell vs Jose Uzcategui odds page.