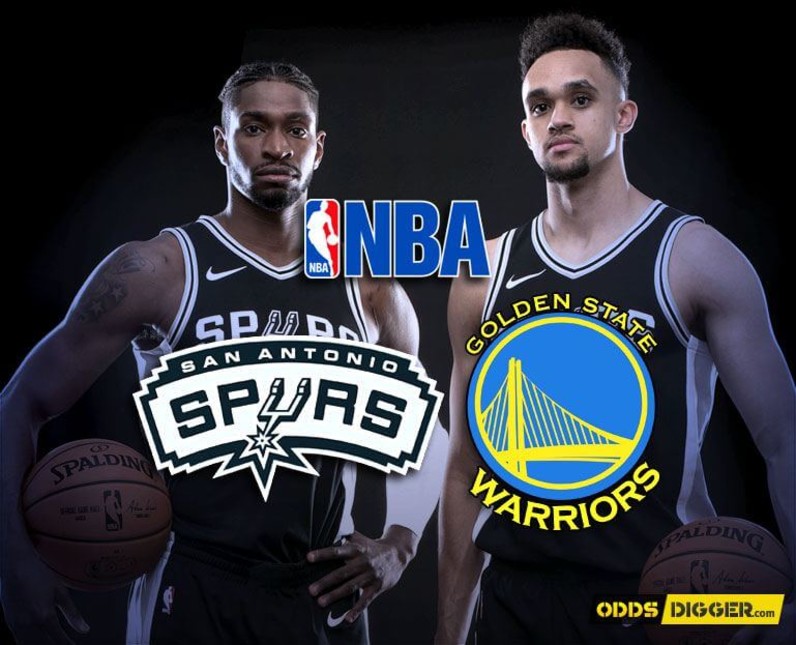 Prior to the season, many ex-players, pundits and fans made the Golden State Warriors and their opponents San Antonio Spurs the projected top two in the Western conference. As of yet, neither side has stamped its authority on the conference but the season is still young and for the first time this season, we could be about to see a clash between two sides who may be facing each other in the finals. If there is one game to make sure you do not miss this week, make sure it is this one as either one of these could prove to be one of the best NBA betting tips to be the 2017/18 championship winner.

Our partners: 777Spinslot is a well-known gaming platform that offers great uk casinos no deposit rewards and a sizeable variety of games to its customers!

Over the last four years, the Spurs and Warriors have picked up three of the four NBA championship titles on offer (Warriors 2, Spurs 1). However, it has been Golden State who have been on exemplary form winning two of the last three and reaching the final in all three. Warriors head coach Steve Kerr has the joy of playing Kevin Durant and when he plays, Golden State are almost unstoppable. San Antonio have the talent of their own and home advantage but Golden State need to lay down a marker after a stuttering start and although the match will be epic, one of our best basketball betting tips is for the Warriors to just get over the line.

The trip to San Antonio will not be easy for the Warriors, however when faced with adversity, Golden State often shine. Big name players who deliver such as Kevin Durant, Stephen Curry and Draymond Green make the difference when a tight game is on the cards and this plays heavily into the Warriors favour. The Spurs have also seen themselves capitulate in recent weeks with three defeats in a row seeing them slide down the Western Conference and in the process, see their NBA odds take a hit. EnergyBet’s website is bold and easy to navigate around and their outright match winner basketball betting odds are some of the best out there, which is why we go for their price for a Warriors win. For a match of sheer class and world class players then you cannot miss this epic contest between two quality sides.

When quality meets quality often, it means we are in for a show. The last time the two sides met was back in May in the NBA playoffs and a whopping 244 points were scored with Golden State taking the win. Also, over the last ten games, the Warriors matches have ended with an average of 236 points scored per game. The Californian side are notorious for piling on the points and have averaged 123 points per game in those last ten. 10Bet offer one of the widest NBA betting submarkets and have a range of points scoring options to choose from. However, with the talent taking to the court and the need for both sides to reignite their season, this game will be free-flowing and high scoring. Miss this epic at your peril as two NBA heavyweights collide for the first time this campaign.