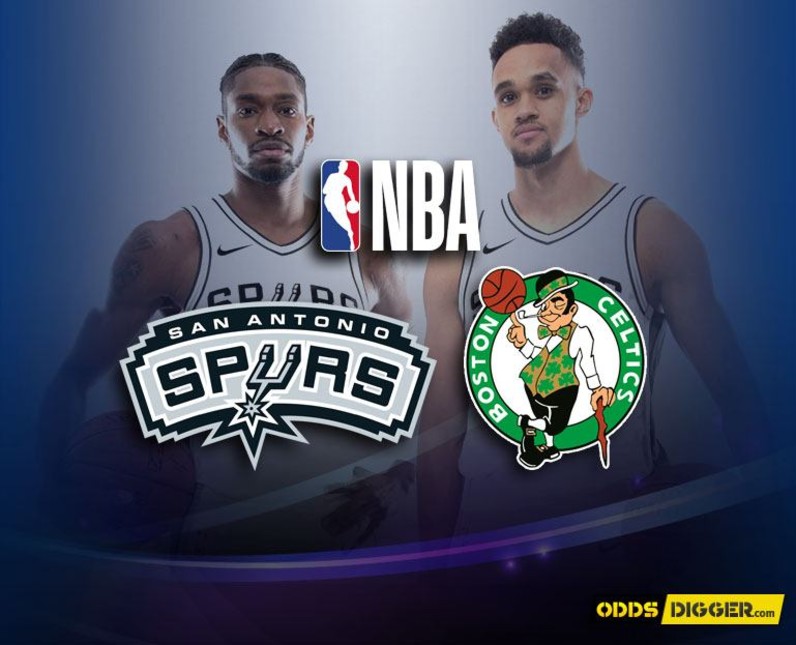 Well, they do not come much bigger than this. East meet West in this heavyweight clash that could become the NBA championship decider come the end of the season. Form has been impressive for both sides and both have much to play for. The San Antonio Spurs sit third in a competitive Western Conference whereas the Boston Celtics are maintaining a grip at the top of the Eastern. Whoever wins could see their NBA odds make them the favourites for the title and with so much on the line, expect fireworks. Let battle commence.

Our partners: Trusted, honest, and user-friendly – those are the three words that come to mind when talking about mobile casino uk no deposit 777Spinslot.

With two opponents performing so well it means the game could go either way. However, the way it will go is in the favour of the Spurs. San Antonio are out for revenge after losing to the Celtics in Boston at the end of October but did beat them the time before that. The Celtics early incredible winning streak is a distant memory and although they are still looking hot, chinks in the armour have appeared. The Spurs are after that signature win that will define their season and they will be more up for this game than any other. We have highlighted how the Spurs have dominated weaker sides in our best NBA betting previews, but now it is time for them to shine against the big boys making them one of our best NBA betting tips for the win.

For a home side as hot as the San Antonio Spurs, there is real value to be had in them taking the outright win. Both sides have similar records with four wins in their last five meaning fine margins are set to decide this one. Of those four wins for the Spurs, three have been on home soil and unsurprisingly, three victories have followed, and it is that kind of comfortability in front of their home crowd that will turn the tide in a tight game. The Celtics come to town with plenty of credentials, but the Spurs have that motivation and desire to get the job done. There will be plenty more opportunities for both sides to get easier wins this season and if it turns into a battle, the Celtics may be quite happy to let the home side slip through making Sportingbets price on a Spurs win a real winner with us.

Betfair have some of the best and latest NBA odds with a host of markets to choose from but it is their over/under market that offers the most value. In the last ten head to head matches between the two, an average of 190 points have been scored. Although both sides have been hitting the high notes of late, in this one they will cancel each-others attacking prowess out making for more of a game of chess. Prior to the loss to the Celtics in the last game, the Spurs recorded three wins in a row over their opponents, but the matches have often been close. When the two sides met in the summer league, the sides only scored 151 points and although a higher scoring game is on the cards, it will still remain under 199. Sit down and get comfortable for this one. You won’t want to miss it.

To see odds on the next event visit Boston Celtics vs San Antonio Spurs odds page.