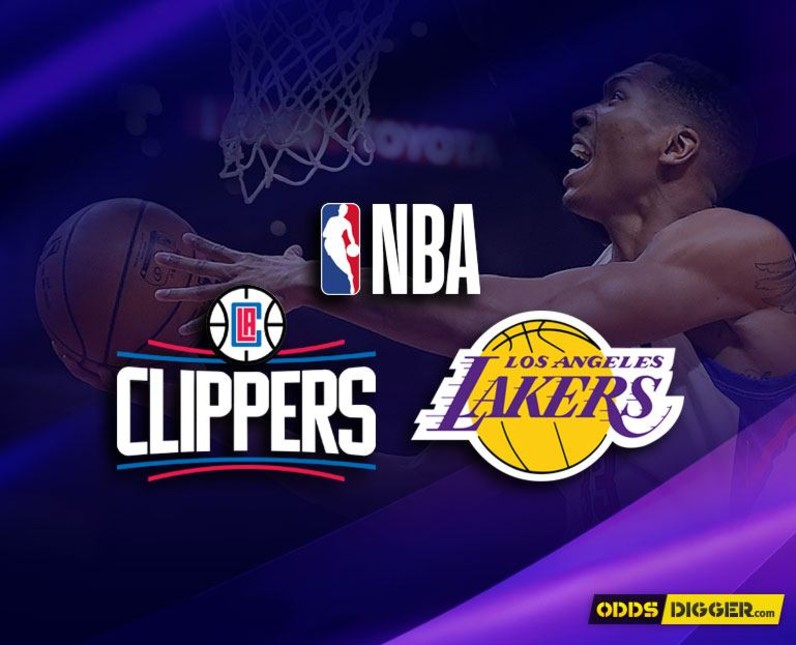 NBA games do not come much more eagerly anticipated than the LA Derby and although the hype for the second meeting of the two this campaign is somewhat less, that does not mean the action will not be as raw. Especially as neither side has hit the high lights this campaign and pressure is firmly in both camps. The Los Angeles Clippers have bounced back after their miserable losing streak to record two wins in a row and show some kind of the form. Inconsistency has been the theme for the Los Angeles Lakers this season and that has hampered their NBA odds for this campaign.

Our partners: 777Spinslot presents its customers a no deposit bonus, promotions for existing members, VIP-benefits and regular battles of spins with astonishing winnings.

Both sides head into to this game with a fully fit squad of players to choose from and with both sides technically on home soil. A spectacle will ensue of the sides strongest five. The Clippers are over their blip and face their city rivals with confidence in abundance. As highlighted in our best NBA betting previews, the Clippers losing run was in danger of ending their play off hopes. However, Doc Rivers side are back and that confidence over inconsistent Lakers who have already lost to the Clippers once already this season makes them one of our best NBA betting tips for the win.

Few can argue that the Clippers have some ground to make up but so far, they are doing the best possible job of it. Back to back wins is a far cry from losing six on the bounce and once again the side are looking back to their early-season best. The Lakers have just not been able to get firing this season despite boasting one more win in the Western Conference than their opponents. The problem is the Lakers do not posses the squad of players to go on a winning stretch whereas the Clippers do. The latest NBA odds for this game with 10Bet offer a fair valued price for the Clippers to make it three from three. A victory for the home side the last time the two met only adds weight in favour of the Clippers and although every cross-city rivalry is intense, the Clippers will just show that they want it more.

For a way to get more value and avoid the outright markets for this game, then 888Sport have delivered us up a very tasty offering on there to be under 214.5 points in the game. This is rather generous considering over the last ten meetings between the two have wielded an average score of 206. However, there is more to suggest that the under market is the best way to go for value. In each side’s individual matches, their game totals have averaged a joint averaged of 211 in their last ten but their own points per game score less. The Clippers have averaged 103 with the Lakers managing 104 in the same amount of games meaning this game is trending for a maximum point tally of 207. That is far under 888Sports 214.5 and offers significant value in a game that will be explosive and show who is the king of Los Angeles this season.