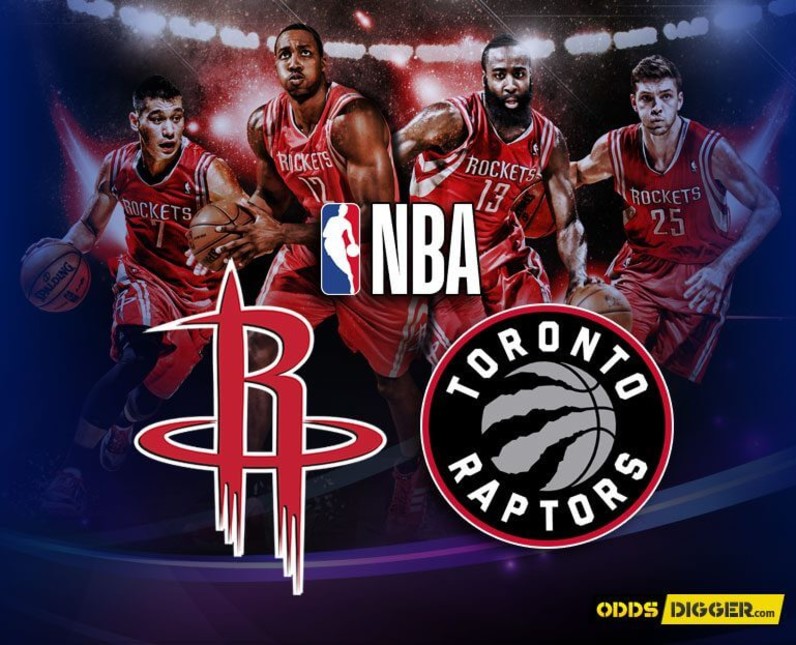 Two sides packed full of talent clash in this epic encounter in Texas. Both sides are playoff elect and both will harbour NBA odds of going all the way this season. The Houston Rockets are on a winning run that is the envy of the rest of the NBA (except the Boston Celtics, of course) with six wins on the bounce. However, now they face one of their sternest tests as the rock-solid Toronto Raptors come to town. The winner of this will receive a significant boost as the highlight of tonight’s NBA games is set up to be a cracker.

Our partners: 777Spinslot awards its customers a no deposit required bonus, promotions for existing players, VIP-benefits and regular battles of spins with awesome prize pools.

Both sides know that their latest NBA odds make them firm favourites to be in the playoff positions come the end of the regular season. Fine margins look set to decide this one with those margins favouring the home side. The Raptors’ confidence took a knock last time out losing to the Celtics by just one point whereas the Rockets continue to steam roller their opponents with the professionalism of potential champions. This makes the Rockets favourites in our best NBA betting previews but it will be a fascinating game to witness.

Few can argue with the Rockets’ season so far. Six wins on the bounce, top of the Western Conference and looking like a side desperate to claim their first NBA championship title since 1995. EnergyBet’s outright price for a Rockets win in this game is arguably the best you will get as form, home advantage, and better points per game average (Rockets’ 113 to the Raptors’ 106) are playing a key role in making them the NBA betting tips favourites.

The Raptors have beaten sides they would have expected to but losses to the Celtics and the Wizards (two big NBA rivals) have left them a little exposed at times. Although the game will be intense, a Rockets win is the likeliest outcome and one that should be backed as opposed to the unlikely away win. Sit back and enjoy this one as it could end up being a significant playoff tie later in the season.

In such an epic contest between the two of the NBA best sides, there is little value but plenty of risk to be taken in the handicap market which is why the over/under options with Unibet is the best way to go for value. Despite the two sides averaging a game total 202 points in their last ten games, Unibet’s over 214.5 points in the game is a better selection. The reason being the fact that both sides have been hitting a lot of points in recent matches. Over the last ten, the Raptors have averaged 106 whilst the Rockets have put on an average total of 113 points. That makes a total of 219 and it is comfortably over Unibet’s 214.5. With both sides packed with attacking prowess, expect a high-scoring action packed-contest with few chances missed. If you catch just one game this week, make sure it is this one as entertainment is guaranteed.

To see odds on the next event visit Toronto Raptors vs Houston Rockets odds page.