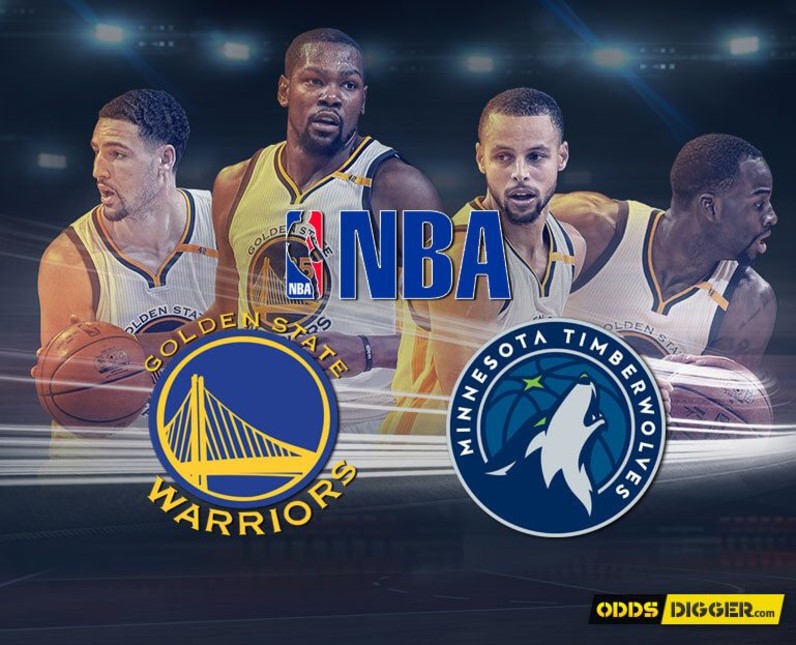 Prior to the season, few would have predicted the position the Minnesota Timberwolves find themselves in. A victory over the Warriors will see them overtake their illustrious opponents at the summit of the Western Conference and although Minnesota are a fine side, they are not quite yet deemed one of the elite. Despite a sluggish start, the NBA betting tips outright favourites the Golden State Warriors have found their feet again and Kevin Durant and co are beginning to look unstoppable once more. An eye-watering clash is in store between the NBA’s two form teams.

Our partners: 777Spinslot casino site gives access to the most attractive special offers in the industry, from new player offers to bonuses, spins no deposit and online casino free bet no deposit.

If the game was being played in Minnesota, it may have been tempting to sway in the favour of the Timberwolves, but as it is being played in the Warriors’ backyard, a Golden State win has to be the way to go. Although Minnesota are on a five-game winning streak, the Warriors are on a four-game winning streak and the superstars packing out Golden State coupled with the continuity of the side make them the way to go in our best NBA betting previews.

There is an argument for both sides to win this game but it is up to us to direct you in the best way to win your bet. This is why it is impossible not to back the Warriors. The Timberwolves were ranked the seventh best side in the Western conference but currently sit third in a run of form that is only bettered by the Boston Celtics. However, the Warriors have not won two NBA championship titles in three years by being fools and possess the experience and superior on-court skill to not slip-up against a side currently enjoying a purple patch. Golden State also have fond memories of playing Minnesota having beaten them comfortable by 22 points the last time they met and EnergyBet’s price for the home win is one of the best NBA odds you are likely to get. Whatever you do, make sure you don’t miss this one.

The Warriors have been laying down some big scores of late. 17, 19, 20 and 28 points have been the margins of victory over the last four games for Steve Kerr’s men and the points are likely to continue rolling in. You may feel we have gone a little conservative with a -7.5 handicap but that is solely as a bank of insurance to get the best winnable value out of the game with minimum risk. The Timberwolves themselves have been netting some solid scores, but have allowed their opponents to run them close. Unibet’s latest NBA betting odds make them one of the best places to place a bet, especially for their in-depth handicap market. Few can compete with their vast array of offerings with 83 bets’ available on this game alone. The Warriors will stretch their winning run in the process and show the rest of the NBA that they will not be stopped in the defence of their NBA crown.

To see odds on the next event visit Minnesota Timberwolves vs Golden State Warriors odds page.