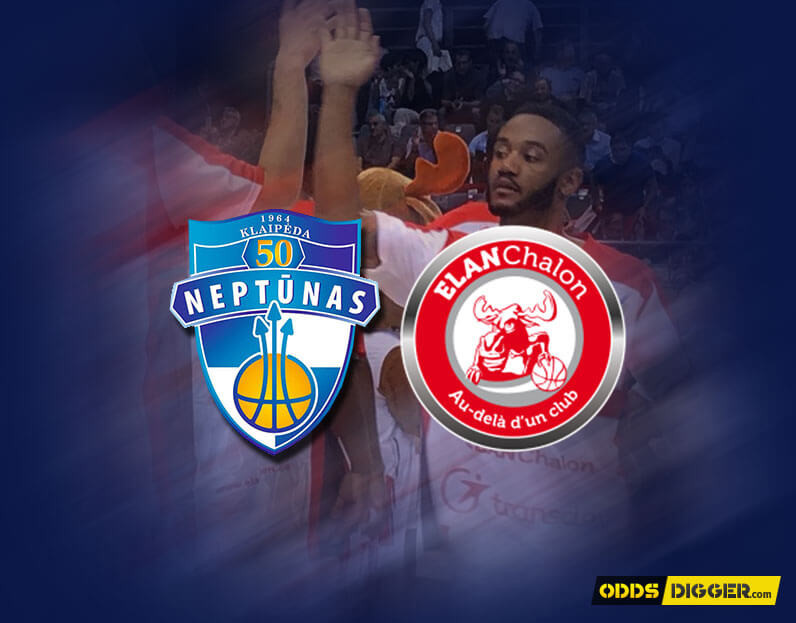 Our partners: 777Spinslot is a well-known gaming platform that provides great slots no deposit bonus and a big variety of games to its customers!

A tight group Champions’ League Group B gets underway with both sides eager to get off to the best possible start. Four from the eight-team group will make it through to the playoffs meaning whoever wins will go a long way to providing themselves with every opportunity of progression. However, French side Elan Chalon will be up against it travelling to the Švyturio Arena in Klaipeda, Lithuania in a match-up that promises to be intense, fast and well matched.

The two sides are well matched which means this game will boil down to the finest margins. Home advantage looks like being a defining factor as the Neptunas Klaipeda will use their home crowd to give them the edge. Getting on the home side to take the win is one of our best basketball betting tips. However, French side Elan Chalon will run them close despite having lost their last five matches in a row leaving them somewhat keen to get back to winning ways quickly but unable to quite break down the quality of the home side enough to get over the line.

Lithuanian side Neptunas will be expecting to get through this encounter against their French opponents and there is some heavyweight to their argument. Despite never having met before in the Champions League, the away side come into the tie on the back of some dismal form. Four defeats in a row in the French Pro A has left head coach Jean-Denys Choulet feeling somewhat glum and facing some serious pressure. By contrast, Neptunas have won four of their last five matches including claiming three away wins and two back on home soil. This is why Neptunas will feel confident they will get the job done with Ladbrokes offering one of the best basketball betting odds for the home side to snatch the win. Unfortunately for Elan Chalon, defeat is on the cards once again as Group B finally gets underway in what promises to be an epic Champions League.

Despite the contrasting fortunes of both sides in recent weeks, the game is still expected to be close. The opening group game clash in any tournament tends to be a wary affair and although the Lithuanian side will get themselves over the line, do not expect it to be a one-sided affair. Coral offer some of the most varied markets in basketball betting making them the bookmaker of choice of sub-market betting. Neptunas’s last game wielded just 145 points in the match and that is not an uncommon trend especially at home. The last time Klaipeda played on home soil just 137 points was the result making this a low scoring but intense affair. You will not want to miss this clash as, despite the gap in the two, Elan will do their utmost to cause an upset but unfortunately just fall short.

To see odds on the next event visit BC Neptunas vs Elan Chalon odds page.