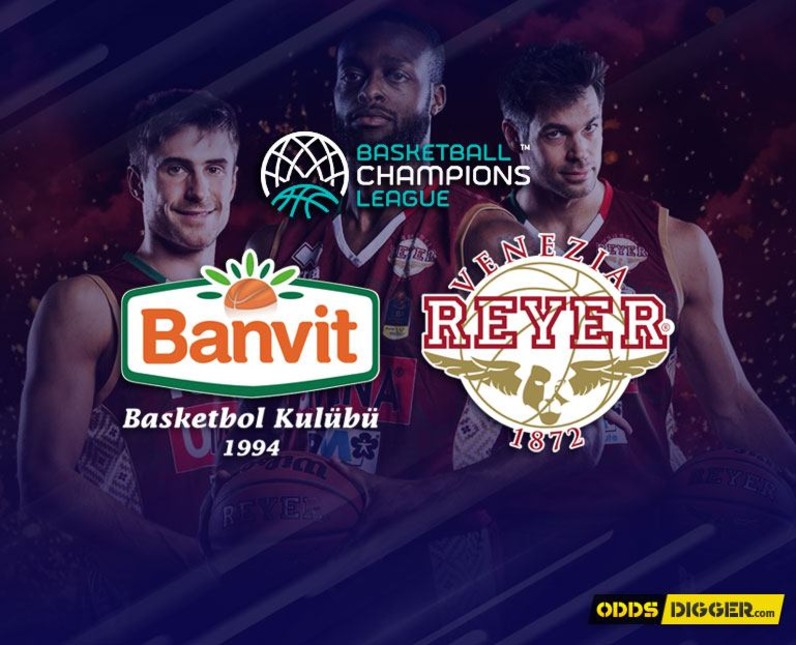 Both sides come into the game on losing streaks, but it is the Turkish side Banvit Bandirma who are suffering the worse form in all aspects. Four defeats from four is a poor return but only slightly worse than their opponents Reyer Venezia who have lost three in a row. Both sides need to halt the rot quickly especially with their Champions League odds hanging by a thread with the playoffs beginning to creep up.

Our partners: 777Spinslot is a reliable gaming platform that always improves its offered games to get better results and to offer users the newest welcome bonus slots no deposit to work with.

With a form so bad for both sides, confidence will play a major in this crunch clash. We have often highlighted the importance of this trait in out best Champions League basketball previews and none more so than in a critical game for what the outcome of the playoffs may be. The away side certainly harbour that additional confidence coming into this game after having beaten Bandirma already once this season and that could prove a crucial factor. This makes Venezia one of out best Champions League betting tips to get the win but it will be a close affair going right down to the wire.

We have already highlighted above both sides recent records which have been pretty poor by both sides standards. However, this will play a negative role for the home side, with Turkish fans quick to announce their displeasure at the recent lack of results. This has left Banvit in serious doubt of making the playoffs and their opponents know only too well that if they overcome their rivals in Turkey, then they will have one foot in the latter stages of the tournament. Having already beaten Banvit this season will play its part, but the home side are under extreme pressure which Venezia will exploit to their advantage. 888Sport’s latest Champion League odds are some of the best you will get for this game, especially for the outright win. Considering all of the above factors, there odds against price for the Italians suddenly becomes one of the best bets of the Champions League this season.

For those looking for a little more insurance on the away win, then Unibet have one of the best range of handicap markets in the Champions League this season. If the shock does happen and Banvit do sneak the win, it will not be by much as Venezia are a tight team. This is backed up by the fact that their last two losses have come by just two points and one point respectively. They may have suffered three defeats in a row in all competitions, but performances have been strong as they now face one of the weaker sides in the tournament. The handicap is a great bet that also offers a sense of fun but real value considering the arguments for the Italians to win the game outright. Sit back and enjoy this one because it will be a real Christmas cracker.

To see odds on the next event visit Banvit BK vs Reyer Venezia Mestre odds page.