Banco Di Sardegna Sassari vs EWE Baskets Oldenburg Betting Tips and Preview: Both Sides Aim to Get off the Mark in Group A Crunch Clash 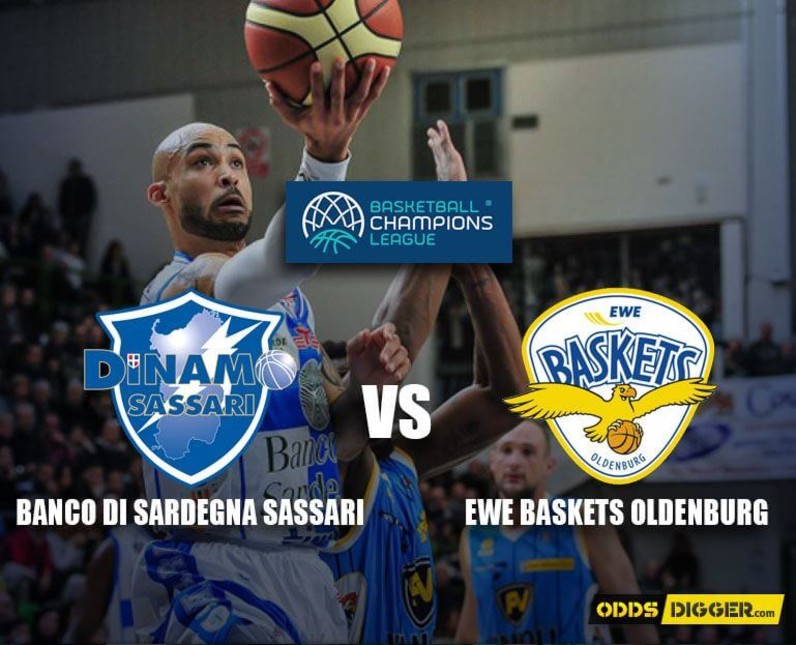 Opening Group A defeats for both sides was hardly the start either side would have wanted. However, this match represents an opportunity for both sides to get off the mark despite Banco Di Sardegna Sassari boasting an advantage. The Champions League group stages move quickly and even in these early games, defeat for either side will leave a mountain to climb in order to be one of the top four teams who will make it to the playoffs.

Our partners: 777Spinslot is a well-known gaming platform that offers amazing online casino sign up bonus no deposit mobile and a wide variety of games to its players!

EWE Baskets Oldenburg have it all to do if they are to avoid defeat on Wednesday which makes the home side to claim the win one of our best basketball betting predictions. The away side have lost their last three matches in a row and two prior head to head matches really put the balance of play into the favour of the Italian side. It will be ferocious but expect Sardegna to be the happier of the two at the end of the game.

Neither side will be pleased with the way their Champions League campaigns have started. However, after Wednesday’s game, Oldenburg are going to be even less happy. Three defeats in a row have done little to please the EWE Baskets head coach Mladen Drijenčić despite three wins prior to this dismal run of form for the German side. Their Italian opponents have fared a little better and also boast two wins over their counterparts in prior meetings to set them up nicely to take advantage of their home court and take their first win of group A. 10Bet offer arguably the best outright betting odds and their variety of matches on offer in Basketball makes them a real way to go for depth, value, and variety of options. Banco are going to make life very difficult indeed for their German opponents as they finally get their Champions League campaign kicked off with a win.

The last time these two sides met, 156 and 173 points were scored respectively. However, whereas that might be a variation, the home side have scored 87 points or more in three of their last four encounters. Their opponents have also scored 86 points or more in two of their last three games. This makes the match likely to be another high scoring affair and in a game with so much riding on it, the argument is well made. That is why Unibet have some of the most in-depth submarkets for the best basketball betting odds but what appeals even further is that the odds Unibet offer include the case if the match goes into overtime. Even though that may be an unlikely scenario, it does add an extra element of insurance when betting on the over/under market and is too generous to pass up.

To see odds on the next event visit Dinamo Basket Sassari vs Baskets Oldenburg odds page.