Maccabi Tel-Aviv vs Fenerbahçe Betting Tips and Preview: Fenerbahçe Out to Win Over Struggling Maccabi 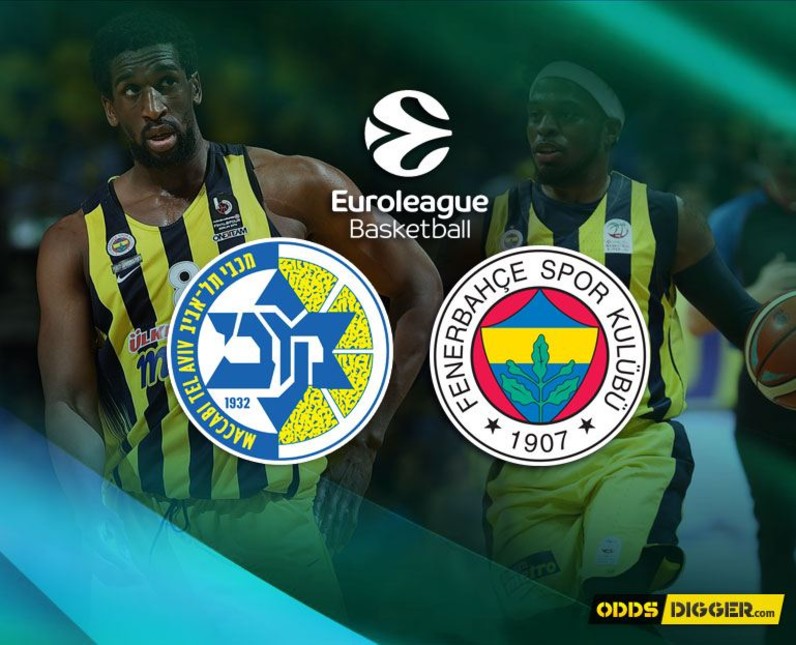 Turkish side Fenerbahçe are riding high at the moment and are eyeing the league title. Victory over Maccabi Tel-Aviv will see them with the same number of wins as the two sides above them and with real motivation heading into Christmas. The home side have lost their last two games but still find themselves clinging onto the final playoff qualifying spot with their Euroleague odds hanging by a thread. With so much to play for, each side will be hoping for an early Christmas present from their opponents.

Our partners: 777Spinslot presents its customers a instant no deposit bonus, promotions for existing players, VIP-benefits and regular promotions with amazing bounties.

Maccabi come into this game boasting the better head to head record having beaten their opponents in the last two meetings. However, they have not locked horns since May and much has changed in the seven months since. The Turkish side have become a lot more astute as highlighted in our best Euroleague basketball betting previews. That mental toughness is the reason why we go for Fenerbahçe as one of our top Euroleague betting tips to get the job done, but it will not be easy.

The form of the two sides could not be much different. Fenerbahçe have won four of their last five whereas Maccabi have lost three of their last five. Form and confidence count for much in sport and the away side know that victory will go a long way in seeing them realising their dream of reaching the summit. However, staying there is another matter but that is for another day. The home side’s season is all about attempting to squeeze into the playoffs and so far, they are just about doing enough but are leaving themselves no margin for error. Unfortunately for them, playing a side on form with a far superior starting five means Maccabi home fans are set for a disappointing Christmas making 10Bet’s price on the away win one to savour and a nice little early Xmas present. Thanks, 10Bet.

This really is the season for giving and Betfair are certainly in a generous mood with their over markets in this game. In the last ten head to head meetings between the two, an average game total of 160 points has been scored. But wait, it gets even better, both sides have been scoring well this season with Maccabi averaging 85 points per game and Fenerbahçe managing to better that with 87. That essentially makes this game trending for a 172 score but leaves plenty of insurance should one of the sides fall short of their game average. With a season basket difference of +102, you can rest assured that if there is any point shortfall, Fenerbahçe will pick up the slack. There is nothing to suggest that this game will be anything other than a relatively high score making Betfair’s latest Euroleague odds some of the very best around.

To see odds on the next event visit Maccabi Tel Aviv BC vs Fenerbahce SK odds page.