BC Khimki vs Panathinaikos BC Predictions and Betting Tips: The Stakes Could Not Be Higher for Playoff Rivals

BC Khimki vs Panathinaikos BC Preview 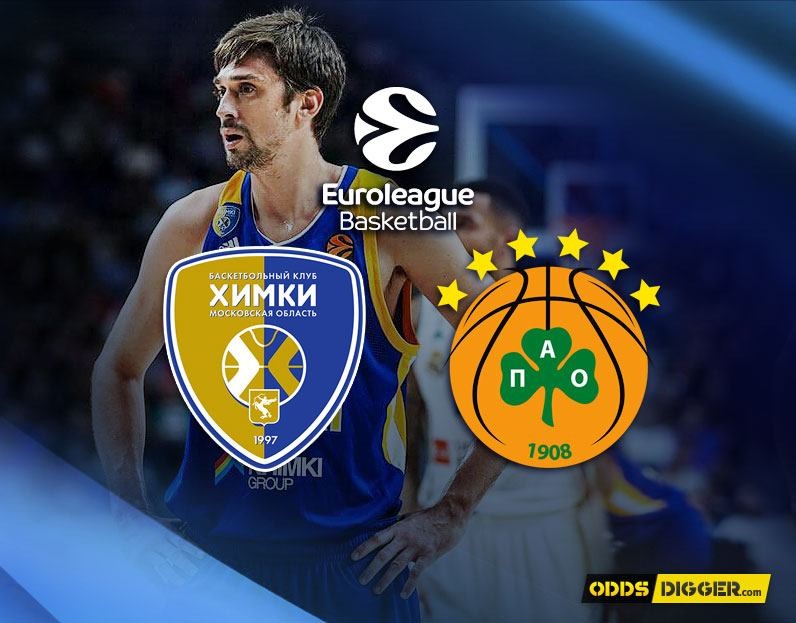 The two sides are separated by just one win in the Euroleague this season making for a vital matchup. Panathinaikos may have the slight positional advantage, but BC Khimki are on home soil and will possess a significant threat. As highlighted in our best basketball betting previews, that could play a vital role to the outcome of this match with both sides desperate not let slip their advantage inside the top eight.

Our partners: 777Spinslot casino presents access to the most beneficial offers in the business, from new player offers to bonuses, no deposit free spins mobile casino and free bets.

BC Khimki vs Panathinaikos BC Prediction

BC Khimki vs Panathinaikos BC Betting Tips

The Russian side may have won three of the last four head to heads between the two but their last win over the Greeks came in 2012. By contrast, Panathinaikos hammered Khimki by 28 points in the reverse fixture this season and once again are looking hot to trot. The Greens head coach Xavi Pascual will be firmly focused on closing down the top two as opposed to worrying about those below and with their ambitions, know this is a game they should come through for a push to the title. Betway have some of the very best basketball betting odds, especially in their outright markets. The game is finely poised but that will only add to the spectacle and value in the away win. With so much on the line, the experience of Panathinaikos will shine through and take them another step to glory.

Over the last ten meetings between the two sides, the scores have been high and with both pushing on in the top eight, there is little to suggest that will not continue. For there to be over 155.5 points in the game is one of our top BC Khimki vs Panathinaikos BC predictions because the two sides have average 159 points when they meet. That allows for a four-point cushion and some pretty strong value. Thanks to Betfair’s array of Euroleague markets, you will never be short of a good value bet and the over/under full-time points sector is one of the very best. Added to this is the fact that the last ten games involving Panathinaikos have yielded an average of 166 points, it makes 155.5 look almost a certainty. Strap yourself in for four quarters of high-intensity action in Russia this Friday.

To see odds on the next event visit BC Khimki vs Panathinaikos BC odds page.