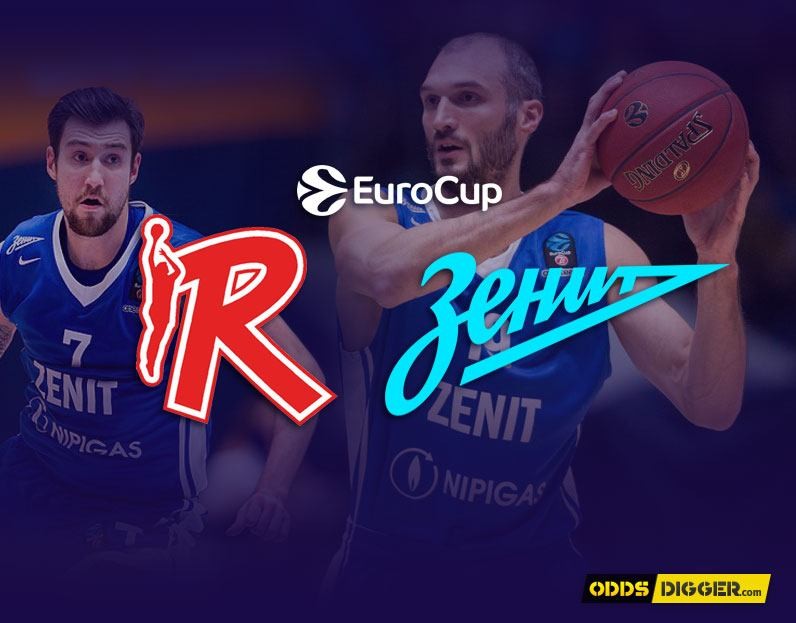 It is all systems go as the EuroCup reaches the quarter-final stage. Just eight teams are left in the competition and the match up between these two sides could not be closer. The best of three quarter-final format is crucial as highlighted in our best basketball betting previews as it makes for some vital plays throughout the match. Reggiana may well have narrowly topped their group but they have the same win record as their opponents making for an intriguing match up with little to choose between the two in our Pallacanestro Reggiana vs BC Zenit Saint Petersburg predictions.

Our partners: 777Spinslot casino presents access to the most attractive promotions in the industry, from welcome offers to bonuses, free spins with no deposit and free bets.

This first of three games will give us a crucial insight who is going to make it through to the semi-finals. However, despite finishing second in their EuroCup group, the Russians do boast the same win record as the home side, having scored 105 points more than their rivals in the group stages, which could be the defining factor. That is why the visitors are one of our top Pallacanestro Reggiana vs BC Zenit Saint Petersburg betting tips to come out narrow winners.

Despite having to play the first of three games away from home, Russian side Zenit can have confidence that they can overcome their Italian rivals and put one foot in the semi-finals. Both teams may come into the match after victory last time out in the EuroCup but it is Zenit’s high scoring capabilities that have the home side worrying. That is because BC Zenit have averaged seven points more per game in their last ten fixtures than Reggiana have managed and that is a big deficit to make up for if the visitors hit their average. Favouring Zenit is also helped thanks to EnergyBet boasting some of the best basketball betting odds, making their price some of the best value you are likely to receive. As the first game draws ever nearer, the action in Italy is set to light up the EuroCup as knockout basketball is back to its very best.

In this Pallacanestro Reggiana vs BC Zenit Saint Petersburg match preview, we have heavily highlighted Zenit and their prowess but for a good reason, it is very important. The last ten games involving the Russians have resulted in an average game total of 175 points. That is vital when it comes to garnering value and jumping on Betfair’s over/under market is a smart thing to do. Even the last ten matches involving Reggiana have equated to a total of 155 points and although that is below a pay-out, that matters little when Zenit are your opponents and will pull the average up. Reggiana have also managed an average of 79 points in their last ten and Zenit 86, meaning this game is trending for a 165 score which is a comfortable pay-out with Betfair. You will not want to miss this intense heavyweight EuroCup affair.

To see odds on the next event visit Pallacanestro Reggiana vs BC Zenit Saint Petersburg odds page.