KK Budućnost vs Hapoel Jerusalem BC Betting Tips and Preview: Jerusalem to Suffer Setback in Bid for Progression 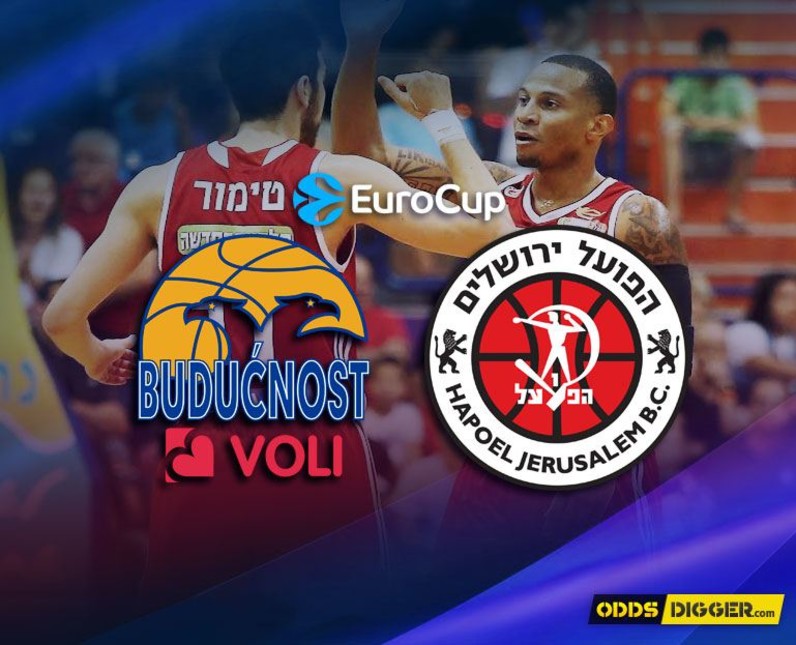 The fate of both KK Budućnost and Hapoel Jerusalem BC still lies in their hands in one of the EuroCup’s widest open groups. Bayern may well be group B’s runaway leaders, but that still leaves plenty of leftovers for the rest of the group to scrap over and none more so than these two sides. The home team enter the fray with a better record with three wins from six whilst their opponents are further back in the table with two wins to their name from their opening six games. Both sides’ EuroCup odds need a boost and this game will tell us who has the mental toughness to go much further in a superb EuroCup competition this season.

Our partners: 777Spinslot is a well-known online casino that offers fantastic mobile casino free money no deposit promotions and a vast variety of games to its players!

Neither side has set the EuroCup alight this campaign, but the good news is that there is still time to make an impact. Especially for Jerusalem who face the prospect of a must-win encounter if their dream of reaching the latter stages is to be fulfilled. Our best EuroCup betting previews plump for the home win due to superior form in the group stages so far. The home side have also beaten their opponents once in the group stages this season and that psychological advantage will pay dividends come the end of the fourth quarter making them one of our best EuroCup betting tips for the win.

Both sides know they have plenty of work to do if they are to ensure passage from group B into the latter stages of the tournament. However, it is KK Budućnost who harbour the stronger position of second in the group despite three wins and three losses. This gives the home side an element of insurance Jerusalem simply do not have and the pressure of knowing that defeat could spell the end for their hopes will likely do that. EnergyBet’s latest EuroCup odds are some of the best you are likely to get and that makes them one of the best bookmakers to go with when looking for a punt on the EuroCup. Especially considering the home side’s recent win away from home against their opponents pointing to back to back wins for KK Budućnost over Hapoel Jerusalem and qualification to the knockout stages just around the corner.

Unibet have some of the deepest submarkets across all forms of Basketball but especially the EuroCup. Their over price for 156.5 points in the game offers real value and the best outcome for this match-up. The reason for this is that in the last ten head to head meetings between the two, an average of 167 points has been scored. That gives us a healthy ten-point bank of insurance to play with and still makes Unibet’s price a pay-out. The last time KK Budućnost played at home, they scored a whopping 86 points. But that is nothing compared to Jerusalem’s last away trip in which they managed to put on 90 points against Herzelia in the Superleague. Recent high scores and a high average when the two meet make Unibet’s offering a real shoe-in and one not to be missed as group B is set to overdrive in one of the EuroCup’s most competitive groups.

To see odds on the next event visit KK Buducnost vs Hapoel Jerusalem BC odds page.