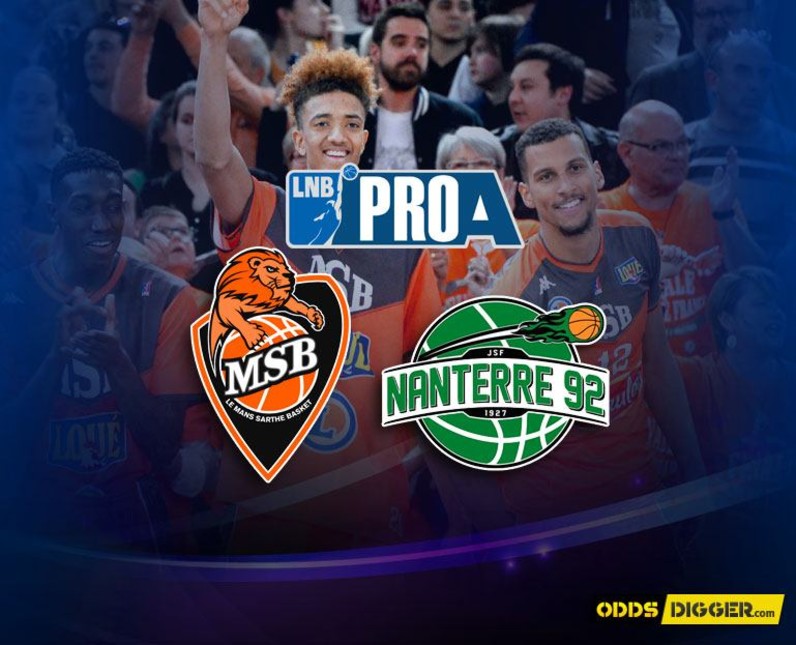 Le Mans Basket have been a stuttering patch of late which has caused head coach Erman Kunter slight cause for concern. However, their opponents Nanterre 92 have fared worse with regular inconsistency risking the sides grip on an eventual playoff place come the end of the regular season. Both sides are well aware that they could do with a win not only to improve their outright Pro A odds but also confidence which will result in form. The two sides are set to collide in what could prove to be a season-defining clash whichever way the match goes.

Our partners: Trusted, honest, and player oriented – those are the three characteristics that come to mind when speaking about mobile no deposit casino 777Spinslot.

Le Mans head into the game in a far superior position in the league but it is the away side that have dominated the head to heads with three wins in three. However, this will be the first meeting between the two this season and Le Mans are the much stronger squad on paper. In our best basketball betting previews, we have mentioned the start that Le Man had, and it is only recently they have had a slight wobble. Despite this, they still head into the game much fresher due to no European matches and a position of second in the league, this firmly makes the home side one of our best Pro A betting tips to win the game.

Le Mans have been producing some special performances of late and although a slight stuttering in form is appearing, the town more famous for its 24-hour motor race is putting its name on the map for its basketball prowess. In their 11 matches so far, Le Mans have only lost three times. Although those five losses have occurred in the last five games, Le Mans have already proved they have more than enough credentials to get the job done on home soil. By contrast, a packed schedule is affecting Nanterre performances and a European roster negatively hurting their league form. Betfair’s latest basketball odds for the home win are some of the best you are going to get for this game making them our choice of bookmaker for this market. The game is set up perfectly in the Pro A League with two sides with much to play for go head to head.

Unibet boast a whopping 74 bets on this game but none come better for realistic value than their price for under 155.5 total game points between the two. The reason for this is that over the last ten head to head games, the two have averaged 153 points. To further back this up, over the last ten games, Le Mans have managed an average of 74 points per game with Nanterre averaging 80 points. That is a total of 154 points and still a payout with Unibet’s superb Pro A markets. It may well be a close affair and with enough talent on both sides, it is likely a low scoring encounter is on the cards with both sides roster of players cancelling each other out. A thoroughly entertaining match is set to take off in a game that will tell us much about how the season will pan out.