Champion of Champions 2016: Neil Robertson and Ronnie O’Sullivan are Favourites 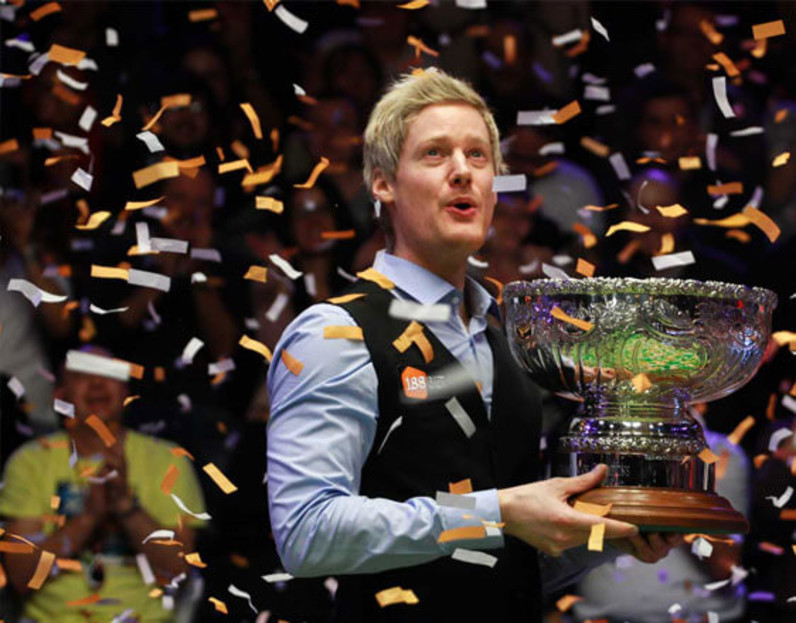 Champion of Champions 2016 is set for its 2016 edition and defending champion Neil Robertson faces competition from former winner Ronnie O’Sullivan.

Our partners: 777Spinslot is a reliable gaming platform that constantly levels up its wide range of games to get better results and to offer players the newest mobile slots real money no deposit to play with.

Champion of Champions is a snooker tournament held in Coventry, England. It was first started in 1978, but only two editions of the tournament took place back then. Boxing promoter Mike Barrett was the genesis behind the event.

After a long hiatus, the tournament has been returned to the snooker calendar since the 2013 season. Matchroom Sport is credited with reviving the tournament and it may very well have overcome its previous problems. Champion of Champions 2016 will be held in the second week of November. Ricoh Arena has always played centre stage to this event and it does not change for the 2016 edition.

It may be a non-ranking event in the world of snooker, but it should not be mistaken for a less competitive event. The availability of numerous snooker betting odds is a major sign that the Champion of Champions tournament is of greater importance. The first two years of the competition was dominated by Welsh players with Ray Reardon winning the 1978 edition and Doug Mountjoy being successful in the 1980 edition. The long gap appears to have given England the chance to recover, as snooker odds favourite Ronnie O’Sullivan won back-to-back titles in 2013 and 2014.

* Should the winner of those events have already qualified for this non-ranking tournament that spot will be filled by another player that ranks the highest in the 1-year ranking list at the end of the tournament in question.

Australian Neil Robertson managed to take the title off the hands of Ronnie O’Sullivan last year. It was only because the latter did not compete. World snooker odds are likely to back the 34-year-old to retain the title.

One of the major reasons for the tournament being abandoned during the 1980s was the lack of interest. Around 10 participants were fighting for the title back then. After having already skipped the 1979 edition, the organisers were disappointed to see an extremely low turnaround for the 1980 tournament. There is, however, is not a problem for the current organisers as the Champion of Champions is not only popular in terms of attendances, but also in terms of snooker betting tips.

Now, a total of 16 players competes for the title. The presence of 16 world-class players makes a lot of difference to the popularity of an event. It is also true in terms of the snooker betting options available for this event. Entry into the tournament requires victory at the likes of the 2016 China Championship, 2016 Champions League, and 2016 Masters.

After having decided to skip the 2015 edition, Ronnie O’Sullivan is back in the frame and will be a favourite amongst world snooker odds.

Each of the first four days will boast group semi-finals (two) in the afternoon and after that, the group final will take place over eleven frames. The group winners will then proceed to the finals, played on November 11. Make sure you get started as soon as possible.

Don't miss to the opportunity to win. Use our expert tips to increase your bankroll.

Most Popular Events
02.11.2016, by Joanne Rivero
Other snooker news