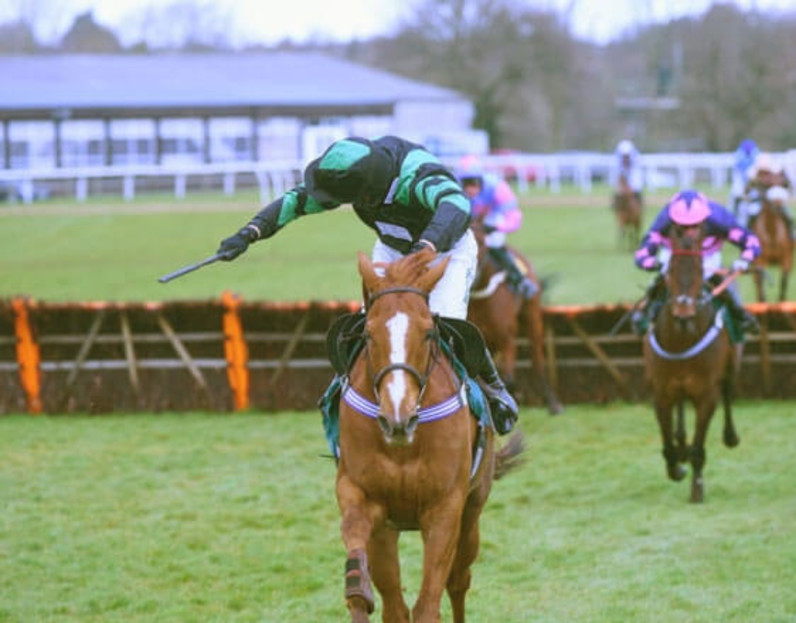 The Grade 2 event at Sandown is the pick of horse betting action on February 17, but races also take place at Fakenham, Newcastle, and Wolverhampton.

Our partners: 777Spinslot is a reliable gaming platform that constantly levels up its assortment of games to get better results and to offer users the newest free slots win real money no deposit required uk to play with.

Some of the best horse racing action takes place in the United Kingdom, and February 17 seems to ascertain this fact. Fakenham, Newcastle, Sandown Park, and Wolverhampton are the racing venues involved among horse betting today.

National Hunt races have been held at Fakenham for more than a century now. The highlight of the racing action at Fakenham happens to be the Fakenham Silver Cup in March. This is a Class 3 hurdle races, which run over two miles. On February 17, the highlight of the Fakenham races happens to be the Tim Barclay Memorial Handicap Chase at 15:00. This is a Class 3 event which has a pursue of £7,798. Among the 15 runners to take part in the event, horse racing betting tips see The Fresh Prince as the potential candidate for a win.

Going is good to soft-soft in places.

14:00 - BONNET'S VINO has been flirting with top places in 2016, and has continued this habit in 2017, scoring a fourth place at Wetherby on January 14. On top of this, the 9-year-old bay mare won at Fakenham on December 18, was third at Sandown on December 3 and also was triumphant at Market Rasen on November 17.

16:05 - CARLTON RYAN was second at Musselburgh on February 4 after the almost 1-year break. Something tells us that he's going to win again.

Newcastle stages jump and flat races throughout the year. It has been involved in the horse racing scenario since 1882. The Betway

Handicap at 15:25 is the richest event at this course today. Horse racing betting will be intense in this event, which has a pursue of Isharah. After two wins this season, the Bay Gelding manages to attract plenty of attention from the bookmakers. Racing on this all-weather race requires experience and Isharah may just have tools to succeed.

Going is standard. No data is available for the All-Weather track.

14:50 - MAJOR JUMBO was second on February 10 and won at Newcastle on January 25. 2017 found him in a great form even after a four-month break. Marquee Club and Sutter County are the main danger in this race.

15:25 - ISHARAH had three consecutive victories in the past one month and a half, after gradually starting to top high in different events. He was second two consecutive times in late November and December and third in late October. 2016 has also been a great year for this grey gelding. Petite Jack is his main competitor.

Sandown is the highlight of February 17 bet online interest. While the top event at Sandown happens to be the Bet365 Gold Cup in April, the venue easily tops today’s action with the Weatherbys GSB Goes Online Jane Seymour Mares' Novices' Hurdle – a Grade 2 event. Colin's Sister is a favourite to achieve success at this event, which has a pursue of £17,085. Horse racing tips will also focus on the 'ubique' Handicap Chase at 14:10.

Going is soft-heavy in places (chase) and heavy-soft in places (hurdle).

14:10 - POUGNE BOBBI won at Ludlow on February 8 after a disappointing race at Bangor in early December. The 6-year-old bay gelding goes against a handful of great runners, CEPAGE and FAIRY RATH being among the most dangerous.

15:45 - PERCY STREET won at Taunton on January 27. The 4-year-old brown colt was fourth at Newbury on December 31 and had an interesting 2016, ranging from weak races to a few victories.

Wolverhampton’s Dunstall Park is a regular feature of the horse racing calendar. The most popular event at Wolverhampton on February 17 as per horse racing odds happens to be the 32red.com Handicap. Fear The Fury is seen as the favourite to win the race according to the latest best odds for the event.

Going is standard. No advantage in the draw.

19:45 - FEAR THE FURY won at Wolverhampton on January 7. Even though the 3-year-old chestnut colt hasn't raced that much as of late, and he'll be challenged by Boost, our bet is on him.

Get more control over your betting life. If you're an avid punter and are looking to win consistently instead of just hitting the jackpot once in a while, know that OddsDigger is the answer. Our team does research and analyses different runners and past data before publishing horse racing betting tips. In addition to this, we also boast an incredible aggregate, which can be used to compare the best odds from leading bookies.

Most Popular Events
15.02.2017, by Joanne Rivero
Other horse racing news