Ascot and Haydock Ramp up Horse Betting Interest on January 21 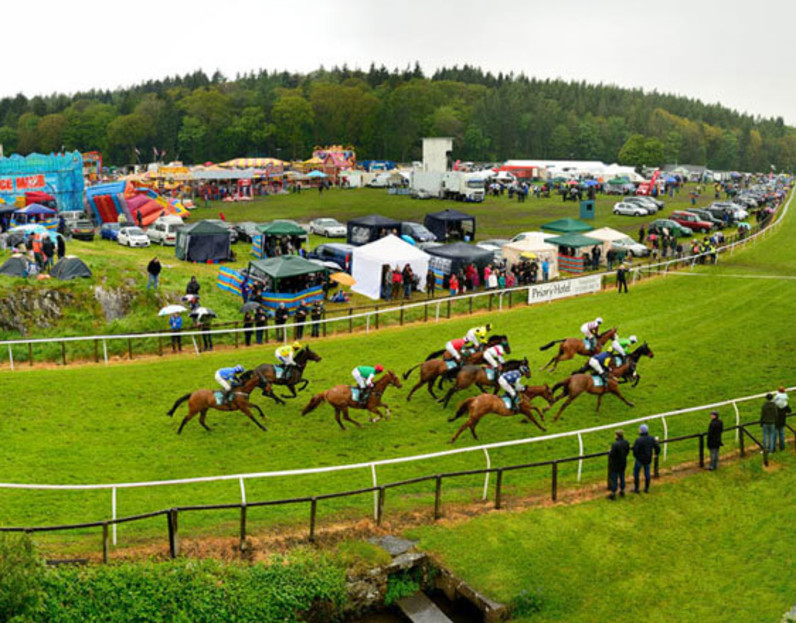 Our partners: 777Spinslot is a reliable gaming platform that constantly levels up its assortment of games to get better results and to provide users the highest quality games with no deposit to play with.

Horse racing action on January 21 promises to be enthralling and interesting considering that a number of historic venues like Ascot, Haydock Park, Lingfield Park, Newcastle, and Taunton are involved. As a result, there is also plenty of horse betting action to consider.

Ascot is widely regarded as the best racing venue in the United Kingdom. Its biggest event happens to be the Royal Ascot in June. It is one of the several high-profile events throughout the calendar year. On January 21, almost every bet online interest will be upon Berkshire Community Foundation Clarence House Chase. This Grade 1 race is scheduled at 15:00. Last year’s winner Un De Sceaux is in contention for the title, but he could face strong competition from Ar Mad according to the latest horse racing tips.

12:40 - FINAL CHOICE is a 4-year-old bay gelding which moved from R Charlton to W Greatrex before a 162-day break in mid-2016. He returned to running in early December with a runner-up at Warwick and won at Newbury on December 31. Was fourth out of four runners at Newbury on January 18, but we're confident.

13:50 - KOTKIKOVA was 5th at Leopardstown on December 28 after a 245-day break in which it moved from J P Gallorini N J Henderson. Before that, it won at Auteuil on April 27 and again on April 8 at the same racecourse. Had a stunning year in 2015 and it's definitely the best choice here.

Haydock is one of the top destinations to witness horse racing in the UK. The highlight of this venue could be the Haydock Sprint Cup in September. Today, the horse racing betting interest seems to be dominated by the Stanjames.com Champion Hurdle Trial Hurdle at 14:40. This Class 1 event will be held on a soft surface. Despite his failure to win the last event, The New One is rated as a favourite to win the race according to the best odds.

13:30 - POLITOLOGUE is a 6-year-old grey gelding with plenty of potential. Trained by P F Nicholls, he last won at Ascot on December 16 and at Haydock on November 18.

14:05 - NEON WOLF won at Exeter on January 1st and at Uttoxeter on December 6. Solid runner, we expect much here.

A multipurpose racing venue hosting every type of race like flat all-weather, flat turf, and National Hunt, Lingfield is versatile. Lingfield races may be pale in comparison with the Ascot and Haydock events today, but the Betway Handicap remains an event to watch out. Master Of Irony has been pulled up as a favourite, by the horse racing betting tips, among the 13 runners.

Going is standard. Low numbers are best in races up to a mile.

Newcastle remains an old venue, which has been revamped to meet modern standards. As a result, it is a popular racing destination. The top Newcastle race on January 21 has to be the Betway Best Odds Guaranteed Plus Handicap at 18:45.

Going is standard. No data is available for the All-Weather track.

17:45 - GOLDEN OPPORTUNITY is a 3-year-old chestnut colt with a victory at Newcastle on January 11, 2017, and a runner-up at Southwell on December 29. He had mixed results throughout 2016. Definitely a must see.

20:15 - LOZAH had mixed results lately, ranging from a victory at Newcastle on November 29 to a runner-up at the same racecourse on December 10 and to the fifth place on December 30.

Racing has been taking place at Taunton for 90 years with the track hosting events even in winter. Taunton’s most popular event on January 21 may be the Bathwick Tyres Seniors' Handicap Hurdle. Last year’s winner Tornado In Milan faces tough competition but remains a favourite according to the horse racing odds.

Going is good-good to soft in places.

13:10 - STOWAWAY MAGIC won at Doncaster on January 9. Was second at Plumpton on December 12.

Bookmark this page with horse racing betting tips and get quality data from the pros. At Odds Digger, we commit to helping you win more, win consistently and earn profits from your true passions and hobbies. In addition, we give you 100% free access to our aggregator where you can check live odds from major bookmakers easily. Get started today!

Most Popular Events
19.01.2017, by Joanne Rivero
Other horse racing news