Atletico Madrid 2:1 Real Madrid: Real lost, but got a ticket to the Champions League final

Real lost to Atletico 1: 2 in the second leg of the Champions League semi-final on Vicente Calderon, but got a ticket to Cardiff, where it will meet with the Italian Juventus. 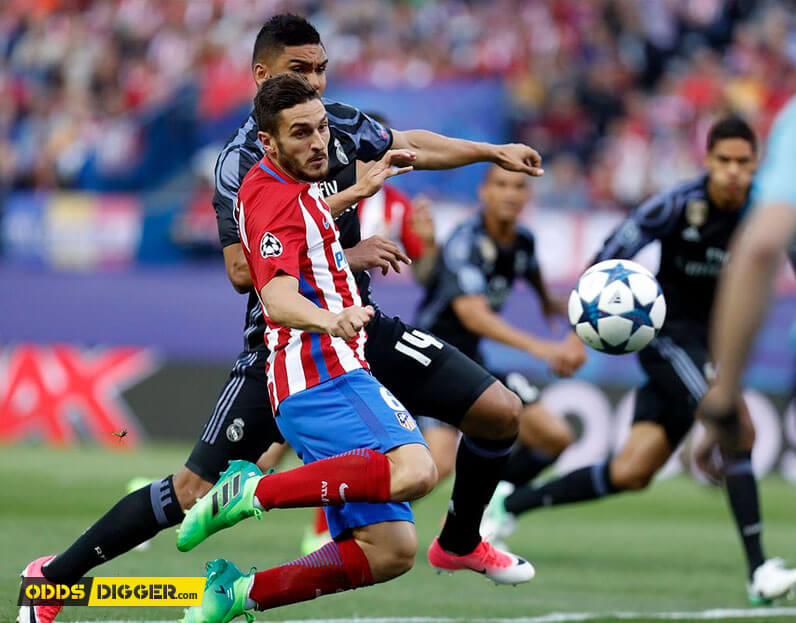 Our partners: 777Spinslot is a reliable gaming platform that constantly upgrades its wide range of games to get better results and to offer customers the highest quality free mobile slots no deposit required to work with.

Not without anxiety, Zinedine Zidane's team reached the final having obtained the desired result in the second leg against Atletico. In Cardiff, Real will meet with Juventus and will get a chance to become the first club to win the main European Cup twice in a row in the era of the UEFA Champions League.

Beginning of the Duel

Atletico needed a miracle to be saved after the defeat with a score of 0: 3 on the Santiago Bernabeu. So, the beginning of the game was tense as the first scoring chance occurred in the 5th minute. After the blow from the right flank, Koke punched in the jump, but Navas hit the ball, flying into the near corner. A minute later, Oblak demonstrated his skills, keeping out the head blow in the performance of Casemiro. Atletico responded with a counterattack of Ferreira-Carrasco – the Belgian broke into the penalty area, was shot down, but the referee remained silent. On the 12th minute, the starting activity of Atletico gave the result. Koke scored from the corner, and Saul, after winning the second floor, hammered the ball into the near corner, 1-0. On the 15th minute, the fans of Vicente Calderon exploded with emotions for the second time in the match, their team took another step towards the finale. 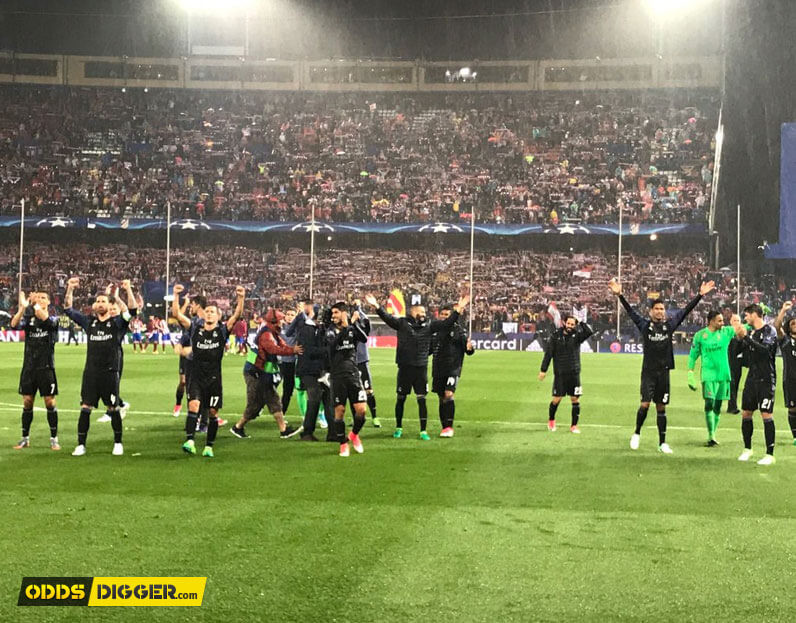 After two quick balls in the goal of Keylor Navas, it seemed that the miracle they hoped for was quite real. At first, Saul Niguez scored a good head after a corner, and five minutes later Antoine Griezmann realised a penalty for the foul of Raphael Varane against Fernando Torres.

Nevertheless, Zidane's wards were able to assemble and turn the tide of the game. Three minutes before the break, the guests scored an important goal through the efforts of Isco, who successfully played on finishing after the beautiful passage of Karim Benzema and Tony Kroos' blow. Atletico had to score three more times but failed, even though the guys of Diego Simeone gave all the strength for this. In one episode Navas showed an incredible double save, not allowing Yannick Carrasco and Kevin Gameiro to score.

In the end, Atletico celebrated the victory in a separate match - probably the last in the European competition for the stadium Vicente Calderón but again lost the battle to the neighbours. The sum of two matches is 4:2 and the team of Zinedine Zidane makes its way to the final of the Champions League for the second time in a row, where it will play against the Turin Juventus. The decisive duel will take place on June, 3rd in the capital of Wales, Cardiff.

Most Popular Events
12.05.2017, by Joanne Rivero
Other football news