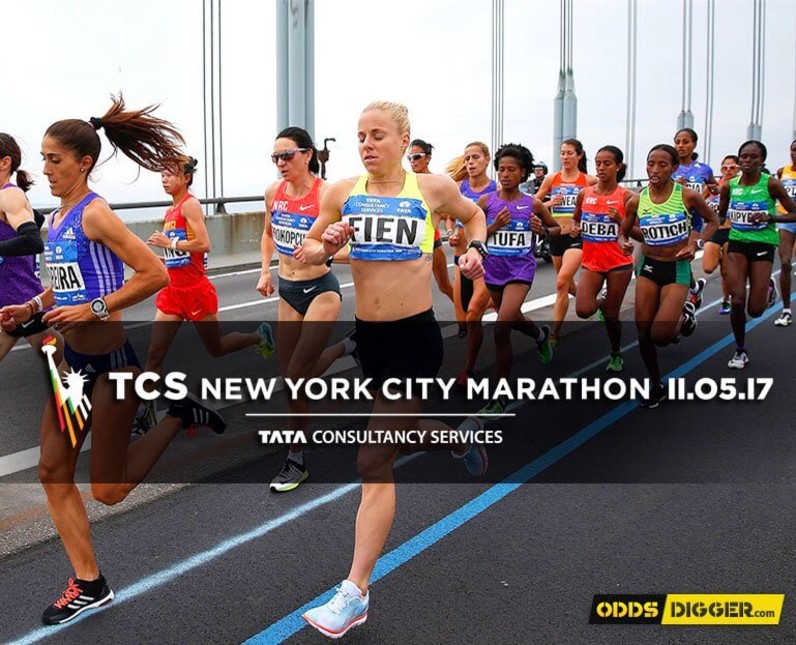 Our partners: 777Spinslot is a reliable gaming platform that constantly upgrades its assortment of games to get better results and to provide users the best online slot no deposit to play with.

New York City Marathon happens to be the largest marathon in the world. First organised in 1970, this event has grown in popularity at an astonishing rate. Today, it attracts almost 100,000 applicants and has a viewership figure that far exceeds this number. The event is set across an incredibly diverse city like New York, and New York marathon route is run over a 26.2-mile distance. Over the years, it has quickly become a celebrated event in the city and has been running every year – apart from 2012 when Hurricane Sandy forced the event to be called off. If you're interested in athletics betting tips, know that you can find them in a different section of our website. Let's move forward.

Stringent qualification requirements are placed upon the runners and this sees only the best taking part. Runners can meet the qualification standards set as per the age and sex, while they can also satisfy the requirements by having completed more than 15 NYC marathons in the past. The first Sunday of November has been the traditional time to witness the event. Apart from attracting a huge number of professional runners, amateurs also take part in the race. The 2017 race received close to 100,000 applications for taking part, while there were more than 50,000 finishers in 2016.

Records and Results from the 2017 New York City Marathon

The 2016 race was once again a highly competitive event with the men’s event once again being dominated by Kenya. Despite being held in New York City – a symbol of United States, this event has not been won by an American since 2009.

However, New York City Marathon 2017 finally witnessed a changing of the guards with Geoffrey Kamworor from Kenya being able to win the event. He was able to finish just three seconds ahead of Wilson Kipsang, whose second-place finish meant that Kenya were unable to build on the record of five wins since 2011. Lelisa Desisa also came a close third, as he finished with a time of 2:11:32. If you're interested in betting, make sure you check our athletics odds page.

Meanwhile, the women’s event finally brought joy for the home nation, as Shalane Flanagan became only the fifth American woman to win the title. Miki Gorman was the last American woman to win the event and one has to go back all the way back to 1977 to witness her success. In recent years, Kenya has dominated even the women’s race with four consecutive wins. The victory by Flanagan also brought an end to Mary Keitany’s run of three consecutive wins.

In a very interesting post-race interview, Kipsang jokingly said that had the race been 27 miles instead of 26.2, he would have caught Kamworor, who actually added some strides to his race by taking the final turns wider than necessary. Just after crossing the finish line as rain fell, the winner of the 2017 New York City Marathon embraced his training partner, Eliud Kipchoge, who also happens to be the 2017 Olympic gold medalist. Trotting off with the Kenyan flag wrapped wound his shoulders, the winner spoke with the press. Kamworor's time was 2:10:53.

Most Popular Events
07.11.2017, by Kevin McNamara
Other athletics news