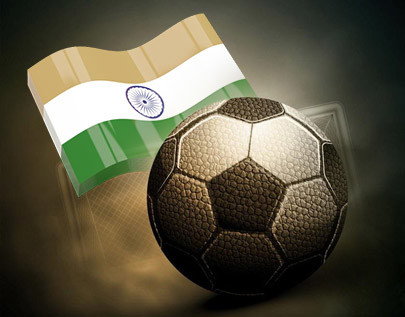 With a population of over one billion, India is yet to have an impact on world football like their population suggests it should. While football is still playing catch-up to cricket in terms of popularity, the Indian Super League is gathering momentum year on year, so India football tips are now in demand. The Super League operates outside the usual Indian football pyramid, using a franchising model instead of the usual promotion and relegation system employed by the I-League (the top division within the official Indian football pyramid).

Much like the Super League in China, the Indian equivalent has looked to sign big name players like Alessandro Del Piero, Robert Pires, and David Trezeguet from overseas to enhance its reputation. Teams who play in the I-League also compete in the Santosh Trophy, a domestic knock-out cup tournament.

Here at OddsDigger, you can find analytical Indian football match previews that allow you to make calculated decisions about the likely result of a given contest. We provide all the statistics and information you need to make winning India football bets. From Atlético de Kolkata to Pune City, our shrewd tipsters are Indian football experts who are here to share their knowledge and football tips with you for FREE.

Here at OddsDigger, we boast industry-busting technology and a state-of-the-art interface which gives bettors real-time access to the best offers from the top online bookmakers. It allows you to compare prices and find the best value for your money. But before you make your decisions, read our unrivalled Indian football league predictions written by the expert, seasoned tipsters who are an unmatched source of advice for punters in search of the hottest Indian football picks.