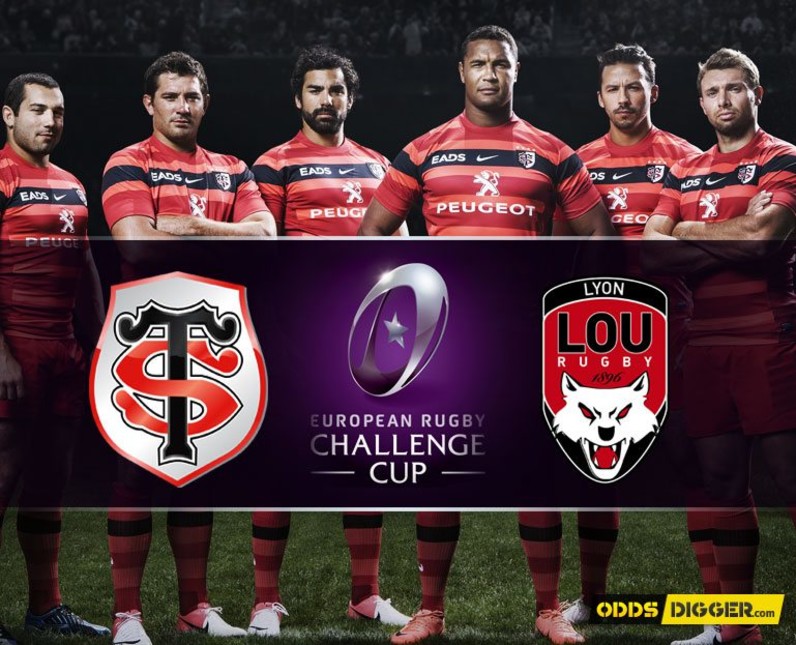 Stade Toulousain would have been hoping for a better start to their Challenge Cup campaign after a draw and a defeat in their opening two games. However, their game this weekend at home to Lyon gives them a great chance to get off the mark and keep the group of four very tight. Lyon have started better, they have recorded one victory and one loss so far, a win here for them would give them a nice gap down to Stade Toulousain at the bottom of the table and aid their qualification chances. Let's check the betting tips for today's rugby union matches.

Our partners: 777Spinslot is a reputable online casino that offers fantastic mobile casino no deposit bonuses and a big variety of games to its users!

After a great draw away at Sale, Stade Toulousain couldn’t make home advantage pay against the Cardiff Blue when they met in October. We have seen signs from them that they can compete at this level though, and a win in this game would put them right back in the hunt for qualification.

After a loss away at Cardiff in their opening game, Lyon bounced back in good style to beat Sale at home in their last Challenge Cup game. The group is wide open right now and if they can find a victory here they would put themselves in a great position with three games to go, and two of them being at home.

This game is a very important game at this stage and these two teams will both be confident going into the game. Should Stage Toulousain lose the game then their chances of qualification will take a huge blow, but in front of their home crowd we think they can win this one. Despite not winning a game yet in this tournament, there is little to separate these two right now in the French Top 14, and we think Stade Toulousain can get a vital win from the game on Thursday. Let's now check the best odds rugby union!

Stade Toulousain are expected to win since they won two of their last five matches. On the other hand, Lyon Olympique Universitaire lost four out of five matches. Even though the guests can put themselves in a great position with a win in this match, the home team is showing signs that they can win this vital encounter. One reason for picking them here is the victory over Lyon Olympique Universitaire in the France Top 14 on November 26 (17-9). Plus, the home team is leading the H2H score 6-1.