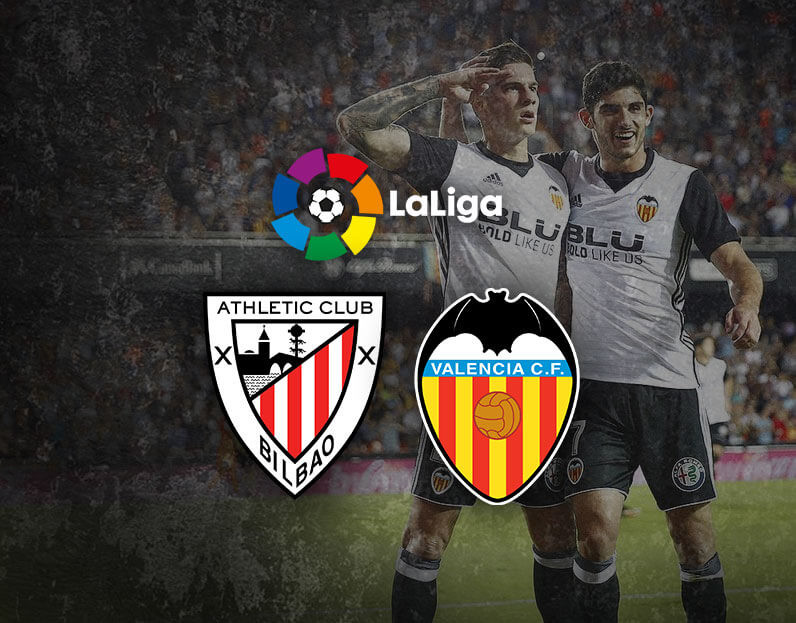 Our partners: 777Spinslot casino site provides access to the most interesting special offers in the business, from registration offers to bonuses, free spins on registration no deposit and free bets.

After a couple of seasons littered with managerial changes and upheaval, it looks as though Valencia have finally appointed the right man in former Villarreal coach in Marcelino García Toral. Under his management, Los Che have developed a devastating counter-attacking style and they are yet to taste defeat in 2017/18. Their terrific form ahead of today’s Valencia vs Athletic Bilbao preview has included impressive back-to-back draws against Real and Athlético Madrid. More recently they have won two La Liga matches on the trot, scoring eight goals in total against Malaga and Real Sociedad. Strangely, the bookies’ football betting odds are still close to evens for a home win.

Los Leones cannot seem to shake the cobwebs off this season, and even though they won their first couple of Primera División matches, they have done very little since. It’s now no wins in five for manager José Ángel Ziganda coming into our Valencia vs Athletic Bilbao betting tips. Athletic Bilbao have been found wanting in the goal scoring stakes – they have scored one goal or less in their last five fixtures, including two blanks in their first two European contests of the season against Germany’s Hertha Berlin and Ukraine’s Zorya in mid-week.

There were several deciding factors in our decision to include a home win in our free Valencia vs Athletic Bilbao bets. Firstly, Los Che have been playing with the sort of verve that only incredible confidence brings of late, they have won two of their three matches at the Mestalla and are unbeaten in La Liga overall. They triumphed over their Basque opponents in this corresponding fixture for two years in a row now too.

The visitors have only won two league matches in 2017/18, despite having what can only be described as a relatively kind fixture list. They blew a 3-1 lead with ten minutes to go away at Malaga last week, who rescued a point even though they were a man light for the last half an hour after Kuzmanovic’s red card. That tells me that Athletic Club are a fragile outfit at the moment. Their brittle defence should have a tough time containing Simone Zaza who has four goals in his last two. If you want odds with real value, head over to Coral to back this bet.

Today’s free football tips continue with our forecast that both teams in our Valencia vs Athletic Bilbao predictions will score a goal on Sunday. The home team have found a way past the opposition in all but one of their six fixtures this term. Only two teams in the current La Liga standings have scored more goals than Los Che so far (Barcelona and Real Sociedad). Although the goals look to have dried up considerably for the visiting team in general, their domestic goal getting record is still comparable to their hosts. They too have netted in five of their six Spanish clashes.

Analyzing the head-to-head record between these Spanish giants, we can see that on two of their last three encounters, both teams have scored. Looking further back, each team scored in six of their last ten contests against each other. We chose Betway’s odds to accompany our latest football pick – their odds and offers have left their competition in the dust.

To see odds on the next event visit Valencia CF vs Athletic Bilbao odds page.