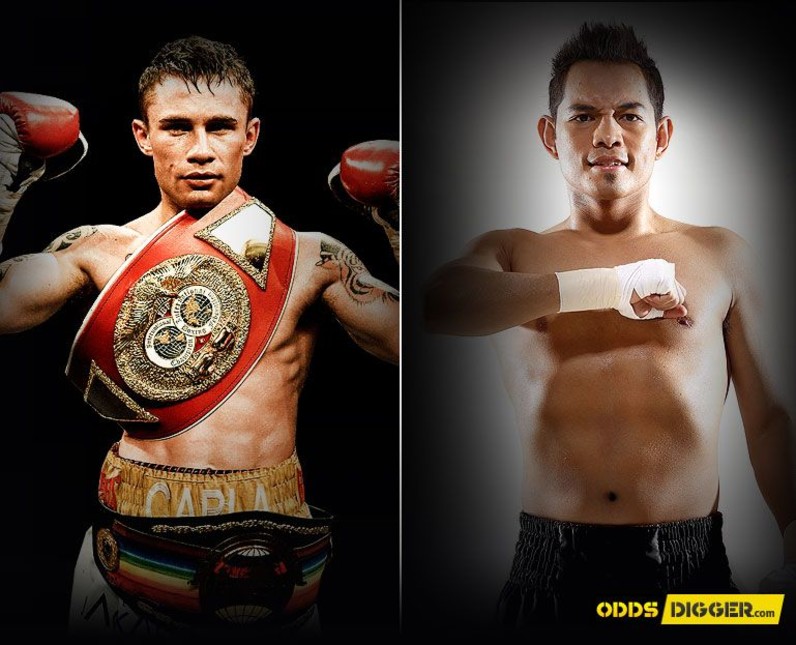 Carl Frampton takes on Nonito Donaire in a key fight at the SSE Arena. This boxing fight is scheduled on April 21th. Let's see our free boxing betting tips now!

Our partners: 777Spinslot presents its users a free signup bonus no deposit, promotions for existing members, VIP-benefits and regular promotions with astonishing winnings.

Frampton comes into the fight with a 24-1 record. There have been 14 knockout victories for Frampton in this period, while he has also been extremely good of late with five wins in six. Donaire has a 38-4 record that also includes 24 knockout victories. Just like with Frampton, Donaire also has a good recent record.

The big strength for Frampton is his athletic abilities, while he is also extremely fast with his hands. His excellent knockout record is a testament to his punching power. The danger posed by Donaire on the counter attacks can be quite high, while he is also capable of managing one-punch knockouts. Age has not taken the shine off Donaire.

There seems to be a big decline in the punching abilities of Frampton, as the 31-year-old has been unable to get any knockout victory in the last three years. At 35 years of age, there are times when Donaire has feelings of slowing down. It would be inevitable with the age.

The Carl Frampton vs Nonito Donaire prediction has to go with a victory for Frampton, as he manages to combine all the good attributes of speed, explosiveness, and good volume of punches to be able to claim a victory over Donaire. Even though Donaire has shown to possess a strong chin, we do not expect the 35-year-old to last long against Frampton, who has been in fine form of late. Let's check the best boxing odds for this fight!

Donaire has been able to claim just one win in the last 12 months. He has taken to ring only once since losing against Jessie Magdaleno. Frampton comes into the fight after having recovered from the loss against Leo Santa Cruz with the victory over Horacio Garcia. Our Carl Frampton vs Nonito Donaire betting tips would suggest a victory for Frampton, which can be backed at a decent price with William Hill. We simply hack to side with The Jackal to win this one when it's all said and done. He is the bigger, younger and the more explosive fighter with the unique ability to land vicious counters. It's been quite long since Nonito Donaire has been in the ring with someone like Frampton. We question how much he's got left in the tank to go face to face with a fighter as talented and conditioned at this age.

The lack of knockout victories for Frampton in the last couple of years can be quite alarming, but the 31-year-old does not need a knockout victory in this fight, as he did very well so far winning by Decision. Donaire is also unlikely to give in to this disadvantage after having lost only once to a knockout. A Frampton win by Decision or Technical Decision comes at a great price with Ladbrokes who also offer a stunning welcome offer, and it's one of the likely outcomes.

One can watch this fight and others by:

To see odds on the next event visit Carl Frampton vs Nonito Donaire odds page.